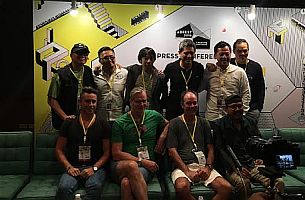 Asia Pacific advertising was centre stage last week at Adfest in Pattaya, Thailand. This year’s show saw a bumper crop of work and showcased diverse creative voices from across the region – and whetted the appetite for next year’s 20th anniversary event. LBB’s Laura Swinton caught up with judges and speakers to dig out the key take-homes from this year’s event.

Unsurprisingly, perhaps, the volume of tech-related entries continued to grow, and entries to the branded content and innovation categories were up 50 per cent. What that meant was that judges had plenty of fascinating projects to get their head round, though they also saw a lot of over-excitement.

“It was quite diverse and there were a lot of entries in tech, which is exciting… but the downside is that there’s a lot of experimentation which is not purpose-driven,” said AKQA’s Eric Cruz, who was a member of the Promo and Effectiveness juries.

The boom in tech also hit some of the more traditional categories, leaving jury presidents concerned. Entries into film, for example, were down 14 per cent. M&C Saatchi’s Ben Welsh, who chaired the Film and Radio jury, said that while the Gold and Grande work was exceptional, he was concerned that film was being unfairly neglected.

“Film, I think, is being diluted by longer formats and at the same time it’s not the most exciting brief you get on your desk any more. But film is still one of the most powerful things. Think about the things you get sent on social media – sometimes it’s a bit of tech but usually it’s a film. Films are what people share. We spend millions of dollars choosing to watch films, and advertising supplies them for free. Films are still the best way of telling a story. The Golds that won were all brilliant storytelling, great at involving an audience, whether through emotion or surprise or mystery. Film will always be really important but right now it’s not getting the attention it deserves.”

Print, too, seemed to suffer from neglect. CK Tan of Ogilvy Malaysia said that while print craft was impressive, print was suffering from a lack of freshness. He put this down to a lack of demand from clients and the sexiness of digital mediums. However, he suggested that by reframing or renaming the category, award shows could help to reinvigorate the medium.

“Award shows can motivate agencies to do good work. Across all the traditional categories from outdoor to TV to radio, you can see that the award shows have adjusted and added more categories to do more different kinds of work. Except one: press,” he said.

“I think instead of waiting for agencies to reinvent the press category, maybe award shows can make the change and reinvent the whole category. Maybe they no longer call it press, maybe they call it printed media, or even static media. Maybe you have a ‘press or magazine' subcategory and a 'digital' subcategory. That way you could include things like Instagram. It’s a form of static imagery. And I believe once you include that sort of thing it becomes more vibrant and makes it a category that reflects what’s really happening out there in the world.”

Get Specific With Case Studies

As ever, case study videos were a key talking point among the juries. Chris Chiu, who chaired the Promo and Effectiveness jury, sat through a solid nine hours’ worth of videos and emerged with a great piece of advice for agencies entering videos into award shows.

He revealed that several great pieces of work failed to make the cut as they neglected to detail the results and impact of a campaign – a key component in both effectiveness and promo. He suspects it’s due to agencies using a one-size-fits-all approach to their entries and advised that small tweaks to tailor videos for different categories could help.

“The big learning for me was: don’t be lazy. Obviously it costs to make a video but if you’re going to submit a video for effectiveness and you’re doing the same video for integrated, then make sure you do a little edit or tweak. If you’re doing integrated, the point is to show that it was exemplary in all different media. And that’s fine because you show scale. For effectiveness, you can cut out the execution and drive towards what happened. I’m saying it just needs a little tweak, not a whole new script. Some were fantastic but didn’t talk about results, which is what we were looking for.”

The one element of Adfest that all the jury presidents uniformly loved was the diversity of local voices from throughout the region.

“This was my first time judging at Adfest, and for me it was less like a judging thing and more like a cultural exchange,” said BBDO India’s Josy Paul, who chaired Media and Branded Entertainment. He likened his jury members to cultural ambassadors.

And while the entries across the categories brought different cultures to the mix, it was the Lotus Roots award that highlighted this respect for diverse local cultures across the region.

““It’s one of the joys of coming here. I wanted to promote work that talks to local people in Australasia or around Asia Pacific rather than work that talks to awards juries, which is what I think that more international panels will end up doing,” said Grand Jury President Jeremy Craigen.

“When you come to Adfest you go to all these buffets, and the judging is another buffet and you’ve got all these different flavours. Some are incredibly intense and these are the ones you remember, and they stand out from the rest and make the other ones look bland. If you think about Cannes or D&AD people are entering work that they consider to be world class. They’re entering work here that they consider to be the best in their country so you get a more interesting mix of work here because it’s so much more cultural, which is why Roots is so fascinating. I love the Lotus Roots,” he said.

But despite the diverse local voices, Chris Chiu argued that the emotions and insights underpinning the work spoke to universal human drives. “The flavour of quirkiness or fun isn’t the same, quite distinctly so, but the thought of using quirkiness and fun to lead a conversation was quite consistent. I didn’t think there was too much fun in the entries from the Middle East, they were more about serious, social issues. Whereas the Australians had a lot of fun, the Kiwis did, the Thais, the Japanese, the Malaysians. They all had a laugh. It’s quite obvious that what’s funny in Australia might not be funny in Southeast Asia.”