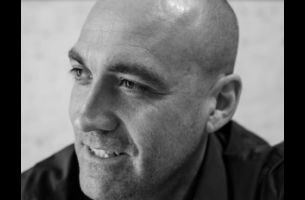 DDB North America announced today that DDB Chicago Executive Creative Director Kevin Drew Davis will assume the role of Chief Creative Officer of DDB San Francisco. Davis joined DDB in 2013 as CCO of DDB Canada, before being asked to take on the ECD role in Chicago in late 2014. He will begin his transition from Chicago to San Francisco immediately, being completely dedicated to San Francisco by the end of the year.

Todd Grantham, Chief Executive Officer of DDB San Francisco stated, “We’re thrilled to have Kevin joining our west coast operation. He’s a proven creative leader that is as fluent in digital and social marketing as traditional media. He’s the perfect fit for Bay area clients that are looking for exponential growth and recognition.”

Davis most recently served as an ECD of DDB Chicago, working on McDonald’s and FiatChrysler. He spearheaded the agency’s successful and Cannes Lion-winning “Lovin’ the Super Bowl” Twitter campaign, which shared the love with other Super Bowl advertisers and made McDonald’s the most retweeted brand ever in a single day. The work also recently won an Effie. In addition, he headed up the Clio-winning “Game Time Gold” promotion for McDonald's, which comically portrayed NFL players switching team allegiances in order to win big.

Davis stated, “I’m incredibly excited to be joining DDB’s San Francisco office. I can’t wait to apply DDB’s unique capability of finding the magic in our clients’ products and applying that to the culture of innovation happening in the Bay Area every day. I think we’re in a unique position to not only move DDB forward, but to push the boundaries of what’s possible in an agency.”

Davis started as an art director and became 'digital' in the early 90’s while at GSD&M. He went on to stints at Wieden & Kennedy, where he worked on multiple brands including Nike, ESPN, Microsoft and Calvin Klein. Prior to joining DDB, he served as Executive Creative Director for Digitas in Chicago and San Francisco.