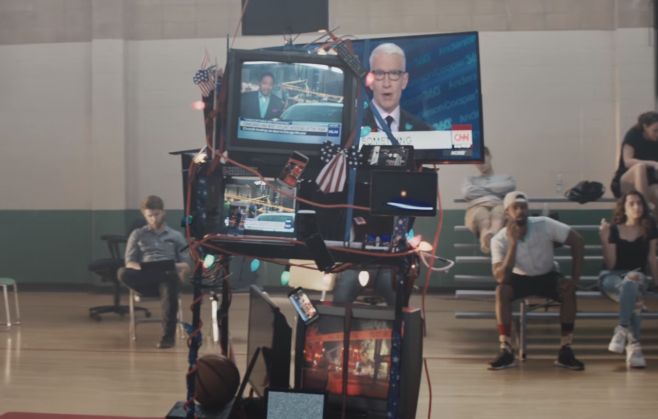 March for Our Lives activists teamed up with pop icon Kesha, her younger brother Sage, director Ben Smith at Mill+ and ad agency McCann to create a music video that dramatises the cycle of gun violence and reminds young people that voting is the only way to end it.

Just like gun violence in America, the video repeats over and over again. The film features a song, written the day after the Parkland shooting by Sage who was a senior in high school at the time. The song is performed by Sage, Kesha and up-and-coming rapper Chika. The film includes a memorial scene, honouring actual victims of gun violence from the Marjory Stoneman Douglas High School shooting, the Pulse Nightclub shooting, as well as everyday gun violence in different parts of Chicago.

Footage supplied by David Hogg, from inside his classroom the day-of, is also included, to remind viewers of the personal nature of the gun-violence epidemic. Everyone involved hopes to increase voter turnout and change gun laws forever.

With 96 gun-related deaths each and every day, America finds itself in a never ending cycle of gun violence. The only way to stop that cycle is to vote for politicians who support common sense gun legislation. And young people can make a difference in that vote. However, only 28% of people under 29 plan to vote in the upcoming midterm election.