This is their first national project in over two years 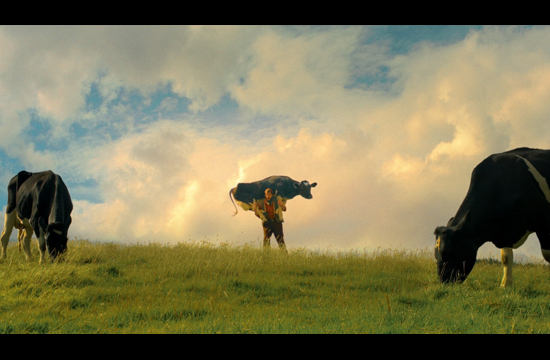 This week sees the launch of the first national advertising campaign for the Adams Foods brand Kerrygold in over two years. The launch follows a pitch process earlier this year and the subsequent appointment of Karmarama as their creative agency.
The campaign launches Kerrygold’s new softer block butter, in a market that is increasingly competitive.
The national print and TV campaign, developed by Karmarama creative team Tom Woodington and Robin Temple, communicates the care and dedication that the Irish brand puts into its product, through the fable of the Butterman, a mythical hero of Irish folklore, who helps his heard find the best grazing pastureland – including carrying a cow on his back up a mountain.


Alison Palmer, Marketing Lead at Kerrygold commented: “We are really proud of the work Karmarama have created to help us drive our ambitious sales growth in the butter market.”
“As the real challenger in the butter market, we’re thrilled to help Kerrygold on their path to growth. I hope that every time you come to spread Kerrygold on your toast an image of a man carrying a cow on his back will come into your head.” Said Nicola Mendelsohn, Executive Chairman at Karmarama.
Tom Woodington, Creative at Karmarama added: “We wanted to hero the farmers who make Kerrygold and bring to life the toil and effort that goes into making great butter.”
The TV campaign was directed by Jeffe Labbe out of Sonny London, with editing carried out by Art Jones at Work post, post production by The Mill and sound by Anthony at Factory.