Ken has animated for classic feature films including The Lion King, 9, Tarzan, and Aladdin along with award-winning spots for Coca Cola and Disney 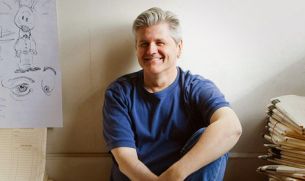 Content creation studio BODEGA has added Los Angeles based animation director Ken Duncan to its animation roster for U.S. representation. Duncan’s understanding of character and performance, coupled with an extensive knowledge of art, history and design, imbue both his CGI and traditional 2D hand-drawn work with a uniquely recognisable sense of realism, humanity and style.

Ken has animated for classic feature films including The Lion King, 9, Tarzan, and Aladdin along with award-winning spots for Coca Cola, Disney, Cocoa Puffs, and The San Francisco Giants. He was named one of the fifty most influential animators in Walt Disney Animation Studios history. BODEGA will exclusively represent Duncan in the U.S. market for advertising and content assignments.

"I’m excited to join BODEGA Animation,” said Ken.  “Their track record of creativity and business success is the perfect platform to showcase Duncan Studios' unique brand of animation, to a wider audience.”

After graduating from Sheridan College in Canada, Duncan moved to Europe where he worked with legendary animator Oscar Grillo and also on various European feature films. Ken then joined Walt Disney Animation Studios where he helped create classic characters for Beauty and the Beast, Aladdin, Pocahontas, Tarzan, Treasure Planet and one of his personal favourites, Meg, in Hercules.

After his time at Disney, Ken worked on Shark Tale for DreamWorks Animation.

In 2007 he fulfilled a lifelong dream of owning an animation shop by launching Duncan Studio, one of the most sought after handdrawn and CG animation studios in America today.