Kellogg's Celebrates the Year of the Rooster With New Artwork

The cereal brand has redesigned its iconic logo 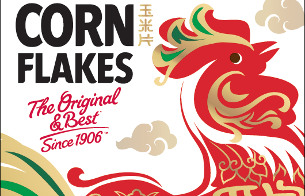 Welcoming the year of the Rooster, Kellogg’s is offering the chance for cereal lovers up and down the country to win one of just fifty special packs that will be unavailable for purchase in stores.

For the chance to get your hands on one of these special edition boxes, fans have been invited to create their very own ‘zhezhi’ cockerel and share their efforts online for a chance to win.

The Zhezhi challenge – the Chinese art of paper folding – encourages fans to share their origami rooster on the competition post on Kellogg’s Official UK Facebook #myperfectbowl.

Chinese New Year takes place on Thursday 26th to Sunday 29th January, the rooster is the tenth in the Chinese zodiac. 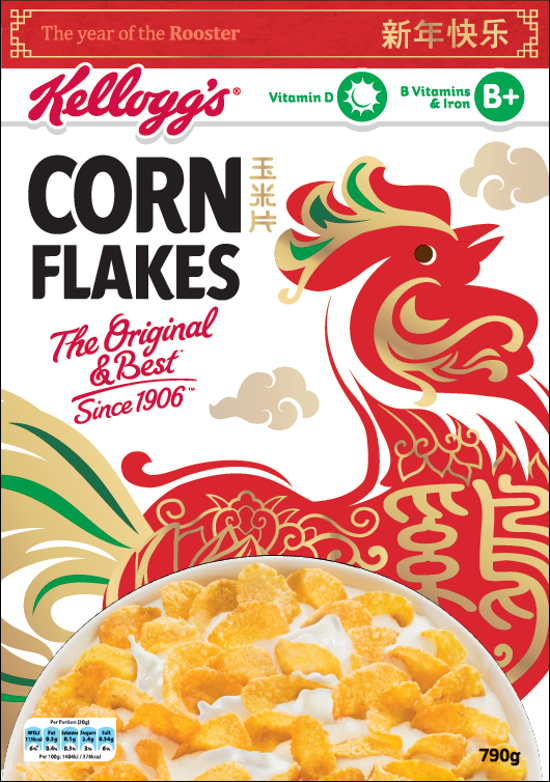 Five fun facts you may not know about the Kellogg’s Corn Flakes rooster:

- Cornelius, hasn’t always been on the Corn Flakes pack, he was introduced in the late 1950’s and turns 60 next year.

- The commercial idea to put a cockerel on the Kellogg’s Corn Flakes pack is believed to be have come from W.K. Kellogg’s welsh friend Nansi Richards, who suggested a rooster as the welsh translation was ‘ceiliog’… its pronunciation similar to ‘Kellogg’.

- Also the rooster was a symbol for the start of the day, back before alarm clocks therefore it made sense to connect this image with this iconic breakfast cereal.

- Cornelius has only ever undergone three make-overs in his entire 59-year shelf life – making his Chinese New Year look an extra special one off.