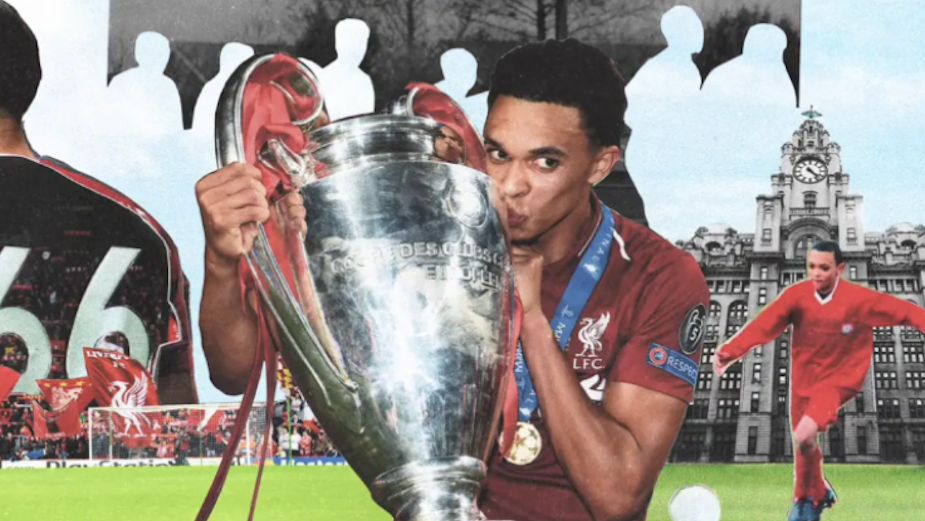 Riff Raff’s Nursery of Evil director brought together the new generation of football stars (virtually) under the restrictions of remote shooting - Kylian Mbappe, Erling Haaland, Joao Felix and Trent Alexander Arnold. With all four players located in different cities and club restrictions on face-to-face interaction, KPS coached the footballers through putting down the video game controller and picking up a video camera.

The resulting film is collaborative and candid in nature; featuring the players’ self-shot footage, graphics collages by artist Jazz Grant and additional 16mm footage shot by KPS while based in Madrid. And a well-timed one too, as now more than ever, the idea of ‘Play as one. Win as one.’ applies both on and off the field.

From KPS: ‘From the very start myself and EA agreed we didn’t want this film to feel like a quarantine film, and I think we achieved something charismatic and charming. It was also super important for me to involve as many friends, family and colleagues in this project as possible. COVID has affected so many lives, especially in the arts and entertainment sector. So the more people that I could share this incredible project with, and in turn help out, the better.’