Three new ads are first-ever for in the U.S. for BMW i brand 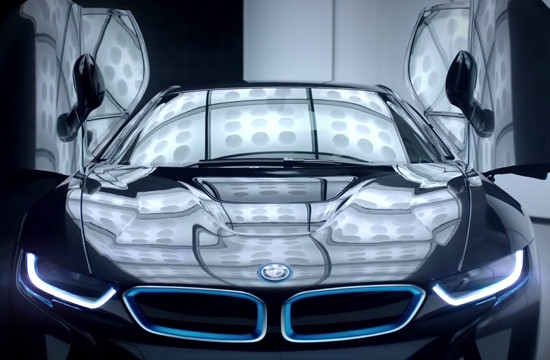 BMW of North America, the Official Mobility Partner of the United States Olympic Committee (USOC), will tune into the Opening Ceremony of the Sochi 2014 Olympic Winter Games tonight at 7:30pm ET on NBC, which is expected to be one of the most-watched television events of 2014.  During NBC’s broadcast of the event, BMW is officially launching the brand campaign for the revolutionary BMW i brand with its largest media investment of the year.  BMW purchased NBC’s foreign automotive advertising category during their broadcast of Sochi 2014 and will be debuting three new BMW i spots including “Hello Future,” a BMW i brand spot; “SHHH,” featuring the BMW i3; and “Sightings,” featuring the BMW i8.  BMW i will also begin airing digital shorts starting on Feb. 7 throughout the Games appearing at NBCOlympics.com.

BMW i is a comprehensive and ground-breaking concept for sustainable mobility and represents visionary electric vehicles including the BMW i3, the first all-electric vehicle made primarily of carbon fiber and the BMW i8, a plug-in hybrid, high-performance electric vehicle. The BMW i3 and BMW i8 go on-sale in the U.S. in the second quarter of 2014.

“It is a rare and exciting opportunity to launch a new brand and for BMW i, one that requires a world-stage,” said Trudy Hardy, Vice President, Marketing, BMW of North America. “We look forward to making a bold statement about the future of sustainable mobility.”

During the Opening Ceremony, the first-ever U.S. television commercial for BMW i, “Hello Future,” will debut.  Using the words from 50 years ago of inventor, futurist and author of 2001: A Space Odyssey, Sir Arthur C. Clarke, "Hello Future" offers the arrival of BMW i as proof that the future is as fantastic as he predicted.  Additional television spots for BMW i debuting during the NBC Sochi 2014 broadcast include “Sightings” and “SHHH.” “Sightings” follows a variety of people trying to describe something they have never seen before; something remarkable and other-worldly. They are in fact trying to describe their sighting of the futuristic BMW i8, featuring an intelligent plug-in hybrid system that can reach speeds of up to 155 mph. “SHHH,” featuring actress Olivia Crocicchia (“Rescue Me”), follows a boy who sneaks out in his dad’s quiet and all-electric BMW i3 as he tries to impress his dream-girl with the ultimate joyride.  In the end, the joyride helps him win the girl, though the boy is caught only when his dad is notified through the BMW i Remote App, which allows drivers to share information with their vehicle via their smartphone, that his BMW i3 has been plugged back in to charge.