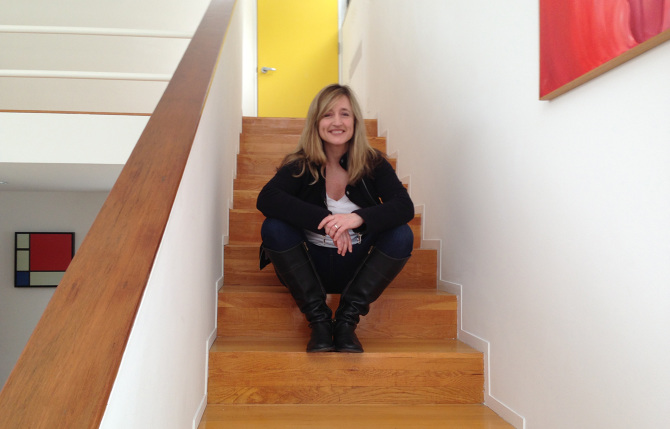 Gates joins Leo Burnett from Publicis New York where she served as Group Creative Director. In her time at Publicis New York, she was responsible for a raft of renowned work including the 2012 Summer Olympics campaign for Bounty paper towels, “Let the Spills Begin.” Prior to Publicis New York, she served as Regional Creative Director, Western Europe, at Saatchi & Saatchi Frankfurt, managing creative strategy for Pampers and Iams where she accrued awards for her work at many premiere shows including the Cannes Lions International Festival of Creativity, the Effies, and the Clios.

“We are thrilled to have a creative talent and celebrated visionary like Kat joining our network,” said Tutssel. “With Kat’s leadership and her prolific creative ability, I’m certain we have an exciting and successful road ahead.

Throughout the course of her career, Gates has worked on a number of blue-chip brands including M&M/Mars, Miller Lite, Delta Airlines, Tylenol and Foot Locker, just to name a few.

“I couldn’t be happier to join Leo Burnett to help shape and strengthen our global creative product,” said Gates. “I’ve always admired the agency’s ability to go ‘beyond the brief’ to develop inspiring, purposeful work for its clients around the world.”

To learn more about Kat Gates and to get an inside look at the items she uses each day to inspire and fuel her creative inspiration, please visit: http://leoburnett.com/articles/news/kat-gates-joins-leo-burnett/ and follow Leo Burnett on Instagram (@leoburnett).

About Leo Burnett: With almost 80 years of creating iconic campaigns, Leo Burnett Worldwide believes that creativity can change behavior. A HumanKind communications company, it operates with a simple and singular approach: put a brand’s purpose at the center of communications to truly connect with people. Part of Publicis Groupe, Leo Burnett Worldwide is one of the world’s largest agency networks with 98 offices and nearly 10,000 employees. In 2014, the global network has been named “Most Awarded Network” by the International ANDY Awards and received “Network of the Year” nods from the ADC Awards and the MENA Cristal Festival. Leo Burnett works with some of the world’s most valued brands including The Coca-Cola Company, Fiat, Kellogg’s, McDonald’s, Nintendo, P&G, Samsung and Tata among others. To learn more about Leo Burnett Worldwide visit our site, Facebook page and follow us via @leoburnett on Twitter and Instagram.