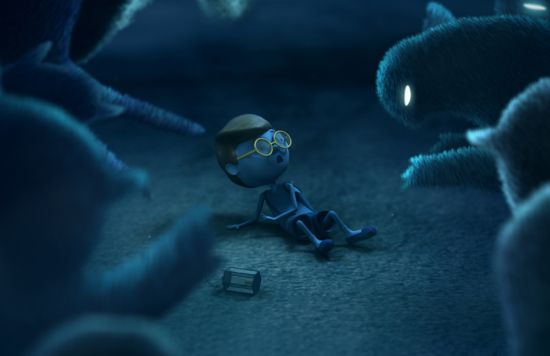 The leaders from branding, advertising and marketing agency Karsh Hagan and creative production studio Flavor are very proud to reveal their collaborations on behalf of Arrow Electronics.  Over the past six months, under the vision and creative direction of Arrow's VP of corporate communications Richard Kylberg and his colleagues, Karsh Hagan and Flavor have produced eight innovative spots artfully conveying Arrow's "Five Years Out" brand messaging.  According to Kylberg, after debuting at the recent Arrow Global Strategic Summit, the new spots now appear on the brand's website, YouTube channel and in a custom app created by Karsh Hagan, and they are also being used in an international internal campaign reaching the brand’s 16,500 employees worldwide on a weekly basis.  High-profile TV placements are being explored for the spots, which are also now set to run in stadiums during select Major League Baseball games.

"The goal was to show our audience that Arrow guides innovators to a better tomorrow, and that it's our job to help them succeed at making their ideas real," said Kylberg.  "Creatively, our message platform of 'Five Years Out' demands of us that the work that we produce to connect with these innovators is cutting edge."

"In establishing itself as industry-leading solutions providers, Arrow has identified eight particular areas where they guide product evolution," Brickel explained.  "Our team came up with the concept of 'Five Year Olds on Five Years Out' as a creative way of showing how Arrow is already guiding engineers who are creating the future in each of those eight areas. From there, Flavor took the stories, ran with them and vibrantly brought them to life."

As a key element of Cutters Studios, Flavor draws on the strengths of global editorial company Cutters and audio experts Another Country, among others.  For their biggest assignment since joining Flavor last September, executive creative director Brad Tucker and executive producer Darren Jaffe seized this project as an opportunity to showcase these unlimited production capabilities and their own passions for spectacular creative projects.

"As part of the briefing process, Rich Kylberg actually came to our studio to share his vision of what the spots would do and to impart his enthusiasm," Jaffe began.  "Together with the agency's team, they gave us the basic story structure and some hints at mediums/techniques (like illustration, 3D, and stop motion), and then encouraged us to go wild.

"We were looking to stretch ourselves, showcase our capabilities and continually push the execution," Jaffe continued.  "We got creative with the work as well as the pipeline and workflow by matching the most talented artists with assignments that maximized their expertise.  From there, Brad and our production staff kept the work consistent and the key ideas in focus.  Our cross-country collaborative effort epitomizes Flavor's core values: Great work, collaboration, artistic problem solving, and creating amazing visuals that elevate the messaging."

"We know that the material of technology can be cold and unapproachable, so our goal was to humanize this content and load it with charm," said Tucker.  "We did this by creating characters and visuals that captivated us.  There was traditional cel animation, 3D character work, stop-motion, motion graphics and a range of other techniques used to set each spot apart, and we chose to blur the lines on most of them to create new and vibrant looks.  The general workflow was to create signature style frames and then apply appropriate looks to match them.  In each video, we tried to blend the live-action and marry our two worlds together."

Flavor's artists created their elements digitally as illustrations, 3D models or vector artwork, then brought them into Adobe Flash, Adobe After Effects or Autodesk Maya.  With the exception of "Monster" which is by-and-large a practical stop-motion piece, the team animated and then composited in After Effects.  Color work was completed on all the live-action footage by Steve Wood using the Lustre package in the Autodesk Flame suite, then handed off to the animators.

To shine more light on the creative collaborations behind this campaign, Arrow has released a Behind The Scenes video, which can be found just below