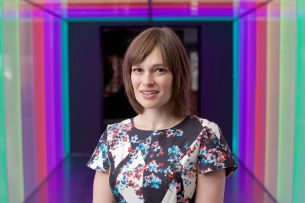 Karmarama has appointed Imogen Landy as Head of Account Management. Landy joins Karmarama from M&C Saatchi where she was Business Director.

Landy will be leading the account department managing a number of client relationships and projects across multiple channels.

During her 8 years at M&C Saatchi, Imogen worked across the agency’s high- profile accounts, including its most awarded, TfL and Change4Life, and in recent years running its largest account, RBS/NatWest. Prior to that, Imogen spent 4 years at TBWA, working across a spectrum of brands including Apple, Mars and E.ON.

Outside of her agency responsibilities, Imogen sat on the IPA Club 44 committee in 2010 and was a Marketing Academy scholar in 2011. She is also a mentor for Google Squared and was recently nominated for the IPA's 'Women of tomorrow' awards.

Landy joins Karmarama at the end of May 2016.