Karmarama Gets Britain Talking About Boobs for CoppaFeel!

New campaign asks the question: "What's normal for your boobs?' 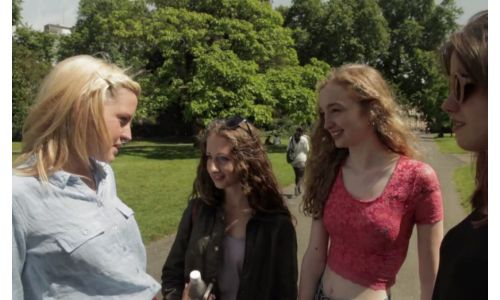 Karmarama has created a new integrated campaign for CoppaFeel!, the breast cancer awareness charity for young people, asking the question ‘What’s normal for your boobs?’.

It’s a vital question that not enough women can answer as they’re not checking their breasts regularly enough, and those that do often struggle to find the words to describe what’s normal for them.

The multi-channel campaign is called #whatnormalfeelslike and is Karmarama’s first major campaign for the charity since their appointment in April.

The campaign aims to start conversations with women across the UK and get women to reclaim the vocabulary that is used to describe breasts, beyond just size. The vast majority of women in the UK check their weight more regularly than checking their boobs for the signs and symptoms of breast cancer.

To start the conversation and raise awareness, CoppaFeel! is asking 18 to 30-year-old women to say #whatnormalfeelslike for them, across social media and experiential activity at summer festivals, universities, beaches and town centres nationwide.

The above-the-line element of the campaign launches later in the year.

As part of the campaign, CoppaFeel! founder Kris Hallenga, who was diagnosed with stage 4 breast cancer at the age of 23, took to the streets and asked women to describe their own boobs. “What we found was pretty worrying; beyond ‘big’ or ‘small’, ‘perky’ or ‘saggy’ women struggled to find the words. #whatnormalfeelslike aims to change that,” she said.

“By challenging women to truly describe how their breasts look and feel beyond these limiting descriptions, CoppaFeel! aims to widen the nation’s vocabulary and make checking your breasts the norm. Your boobs are a part of you. You should know them inside out - how they feel, what they look like, what’s unique to each one.”

Caitlin Ryan, Karmarama’s Group Executive Creative Director, said: “This campaign is important for many reasons. It is time to change both the vocabulary and behaviour around boobs. Sorry guys, but we're making them normal and finding our own words to describe them. Only then can we save lives.”