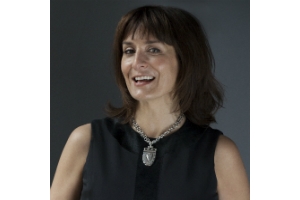 After creatively overseeing the Ford Motor Company account at Blue Hive in Europe, steering the agency and client through a period of rapid growth and innovation, Karin Onsager-Birch is returning to the U.S. for the chief creative officer role at FCB West.

Onsager-Birch, most recently CCO of WPP’s Blue Hive in London, where she oversaw the historic launch of the Ford Mustang in Europe and helped grow the Central European office from 80 to 225 people, will start this summer. She will partner with FCB West CEO Dominic Whittles.

Onsager-Birch assumes a role vacant since September of 2014.

Onsager-Birch is an award-winning creative whom Whittles brands a “true collaborator, open-minded and ambitious. Karin is entrepreneurial in thinking and a highly intelligent problem solver,” said Whittles. “She’s an extraordinary connector with clients and possesses both skill and grace. I’m overjoyed that she is joining FCB West as my partner.”

Levi’s, Dockers, Trulia, EA, Kikkoman, Ghirardelli, Smokey Bear and Eli Lilly are among the brands on FCB West’s roster that Onsager-Birch will oversee.

“From my vantage point in London, I’ve watched the incredible momentum FCB is going through globally under Worldwide CEO Carter Murray’s leadership and I’m thrilled to join the network at such a critical time,” said Onsager-Birch. “The diversity and juicy potential of FCB West’s terrific bouquet of clients makes this even more exciting. Combine that with San Francisco being THE powerhouse of innovation AND my favorite city in the world, and it is the perfect storm of an opportunity.”