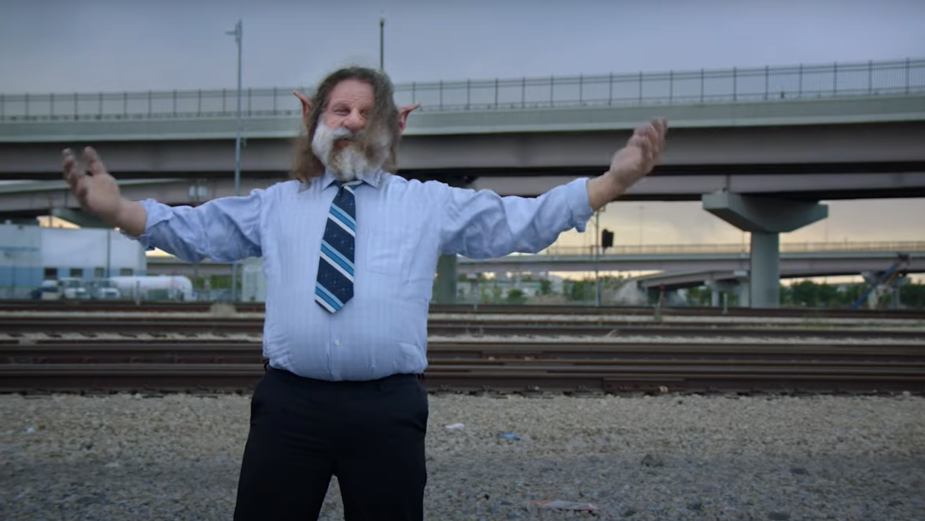 Chirp is launching a new online marketing campaign for its Chirp Wheel+ with the intention of making back-pain relief 'cool'. Although Chirp has sold more than one million wheels, this is the first brand advertising for the start-up on the silicon slopes of Utah. Little Big Engine, a local agency in Salt Lake City, created the work.

Back pain is the typically dull category of Aspercreme and Bayer aspirin, but Chirp is making it fun with its brand tone. 'Feel Good. Do More.' is the company’s brand mission, and two long-form ads, 'Not Karen' and 'Bridge Troll', launch next week on Facebook to demonstrate how.

'Karen' is a mockumentary about Sharon, a rather highly strung woman who keeps getting called 'Karen' by mistake. She can’t believe how many times this happens, and each instance—which we watch in succession—serves only to stoke the flames of her rage. Finally, Don, Sharon’s partner in life and frequent recipient of her verbal abuse, timidly gifts her with a set of Chirp Wheels, which they use together. And all that 'Karen' rage melts away as she gets a patent-pending four-way stretch. That is until Don accidentally mentions how she used to be such a 'Karen'.

The other spot chronicles a bridge troll who works in an office as a sales rep. He’s big, strong, loud, and intimidating to his coworkers—but his Chirp Wheel+ allows him to hold a day job. He uses it often during the workday to iron out kinks brought on by job stress. Many comic scenarios ensue.

After going live as a test on Facebook, the media will extend to Instagram and Connected TV platforms such as Hulu.

Utah-based Chirp was recently ranked as the #2 fastest growing start-up in the state. Formerly called the Plexus Pain Relief Wheel, it launched as a Kickstarter campaign and increased its visibility through a successful appearance on the TV show Shark Tank, where it had the highest valuation going into the tank ($900,000 for 2%), going out ($900,000 for 2.5%, to be repaid within 24 months), and the highest sales of any product featured on the show (more than three million units so far). The Chirp Wheel+ is the only wheel on the market that is FDA-registered as a Class 1 medical device.

The long-form Facebook sales videos are a trending style of production for start-ups. However, Chirp’s campaign is more than the usual script of pitchmen cracking jokes—it’s a hybrid of brand storytelling and performance marketing. And by shooting one film, Chirp has footage that will allow its sales and acquisition teams to create many different 30s and 15s—not just cut-downs of one ad.

“Chirp exists to help people feel good and do more—that’s the mission that led to the creation of Chirp Wheel+,” said Tate Stock, CEO. “And it’s fueling the creation of many more exciting pain-relief products we’re launching very soon.”