KangaROOS Puts Fun Back In The Run With Campaign By Cheil

Sportswear brand seek to attach a performance tracking band to a kangaroo, tracking it's progess 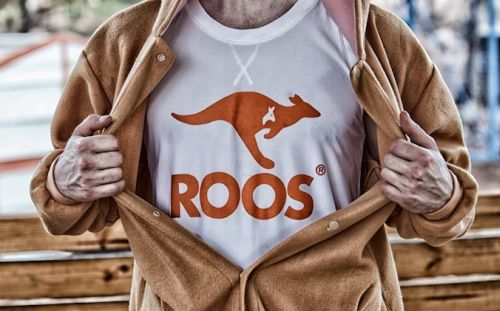 Cheil is helping iconoclastic US sportswear brand KangaROOS, the original shoes with a pocket, celebrate its 35th year anniversary with an online campaign that aims to put the fun back into running.

The awareness campaign goes live on 4th April 2014 across social media and will focus attention on simpler times. It will emphasise the easy-going philosophy of the KangaROOS approach compared to over-complicated modern running where technology often gets in the way.

A promotional campaign launches the #BackToTheRoos hashtag with a web series on the KangaROOS Facebook page. Shot by Aaron McCann of Australian filmmaking duo Henry & Aaron, the series features a German fan-boy's quest to tag and track an Australian Great Red kangaroo with a performance scoring device. Viewers can guess the Kangaroo’s score to win one of 35 pairs of money-can't-buy anniversary sneakers.

The second phase of the campaign is the launch of the ROOband, an ‘analogue fitness tracker’ which is actually a sweatband with a pocket. The band will be launched on IndieGOGO where KangaROOS will offer special packages for those willing to back the band.

Marco Lachner, head of brand & design at KangaROOS, said: “Running has become such a serious business that people have forgotten the joy of pulling on a pair of trainers and heading out for a run. We’re making our 35th anniversary an opportunity to remind people about the times when running was just running, not about sharing on social media.”

Roland Rudolf, executive creative director at Cheil Worldwide, added: “KangaROOS has phenomenal heritage as a sports brand, and has always been the frontrunner in both Style and Sports. Locked-in systems and heart-rate gamification algorithms have complicated running and as a result, the category has become stale. Our campaign aims to go back to simpler times and showcase that wild spirits can’t be tamed. It’s a reminder that you can’t measure fun. You just need to Roo It.”

KangaROOS are The Original Shoes With Pockets. They were devised 35 years ago by American running enthusiast Bob Gamm who came up the idea of a small pocket to hold a locker key or coin. The 1992 US Olympics athletics team all competed in KangaROOS and they have been worn in the WWF and NFL.