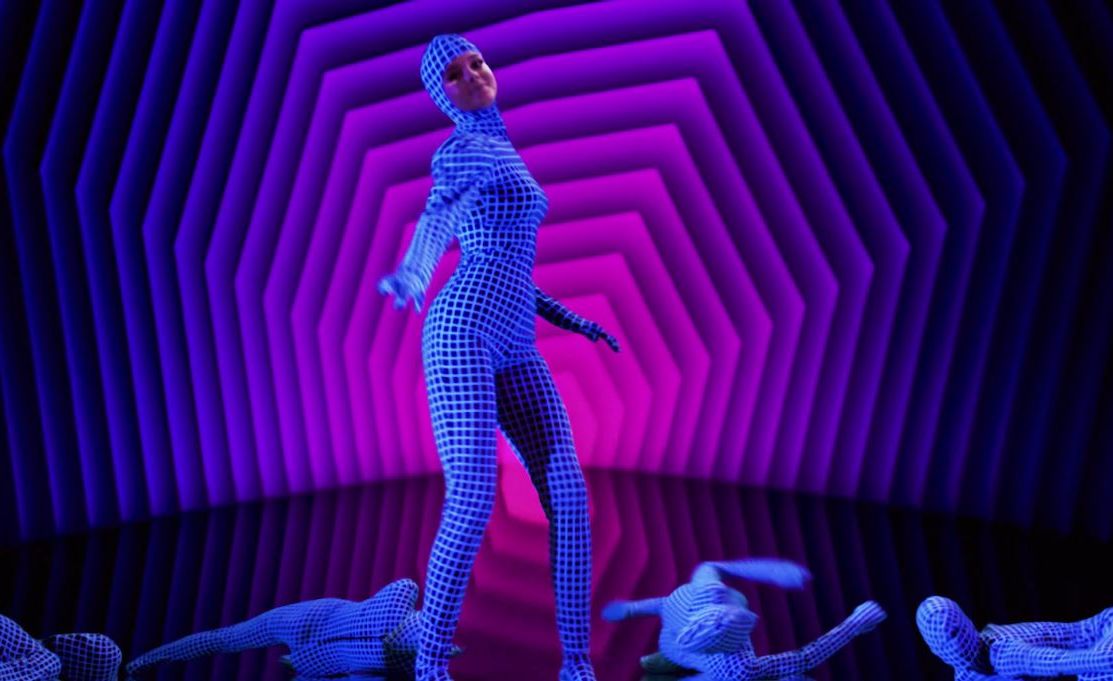 American rapper, Fat Joe, Israeli songstress, Anna Zak, and French DJ, Richard Orlinski, launch the music video for their track, ‘Gravity’. Great Guns’ Tal Zagreba writes and directs an eye-popping kaleidoscopic music video that bends perspective and transports audiences across outer space.
For the summer anthem, Grammy-nominated Bronx MC, Fat Joe, collaborates with the most influential Israeli on Instagram, 17-year old social media star, model, and singer, Anna Zak, and one of France’s top 10 bestselling artists internationally, the sculptor and DJ, Richard Orlinski.
The camera begins a mesmerising rotation as it opens with Zak and Orlinski dressed to blend in with a monochromatic, geometric space. Zak unfurls her hair, causing it to tumble up – revealing, through a surprising 180-degree camera rotation, that she’s upside down. The film flits through a series of different environments in which Zak and Orlinski’s chameleonic appearances play with perspective. High-octane dance sequences then plunge audiences into a meteor cloud where Fat Joe performs the rap. Space debris flies past the screen as the asteroids that Fat Joe, Zak, and Orlinski are standing on come together to create a huge, epic structure in the shape of Orlinski’s iconic gorilla sculptures.
Commenting on the process, Tal Zagreba says: "We wanted to explore the idea of gravity through a physical and metaphorical lens. My concept was to create six different abstract settings, where the artists are affected by a surreal sense of gravity - a visual manifestation of their state of mind. We shot Fat Joe in New York and the rest of the video in Tel Aviv, while the post production stretched between Israel, Germany and India. It was a privilege to work on this unique project with good friends whose work I admire - I couldn’t have done it without them. We tackled some real wacky insomniac nights in order to pull all of these abstract elements together within a very tight schedule. I want to thank the artists for letting us fly high with our imagination and making this crazy fun video.”
Cannes Lions YDA Award-winner, Tal, reunites with long-time collaborator, Robert Moreno, on this production. The two have previously created celebrated works such as Volvo’s branded content music video, ‘Call My Name’, and innovative mixed-media music video, ‘Legal Eyes’, for Hadag Nahash and Infected Mushroom.
‘Gravity’ is now live online.