Heather was previously strategic planner at 99 in Auckland 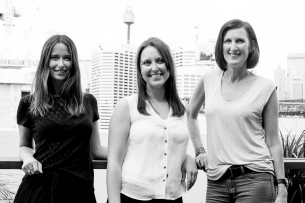 Morrison, who is Canadian, joins the agency from 99 in Auckland where she recently picked up an Effie for New World (NZ grocery retailer).  Prior to this, she spent several years at Leo Burnett in Toronto, where she headed up the real time marketing discipline as strategic lead on P&G and Coors Light and helped create a raft of award winning campaigns for Ikea.

“Today’s planners need to have multiple skills from brand, through to comms, digital, data and social strategy and Heather is a great example of that. She joins a team of talented integrated planners, including Carly Yanco who also joined the team earlier this year from New York,” explained J. Walter Thompson Australia’s Executive Planning Director Angela Morris.

Morrison will work on a range of established J. Walter Thompson clients including Kellogg’s and Bayer among others.

“J. Walter Thompson is not only one of the most established and reputable agencies in the world, but their way of working is really progressive. I’m excited by the prospect of not just joining its outstanding planning team, but working closely with the experts across different disciplines using its collaborative ‘whole team’ approach,” Morrison said.