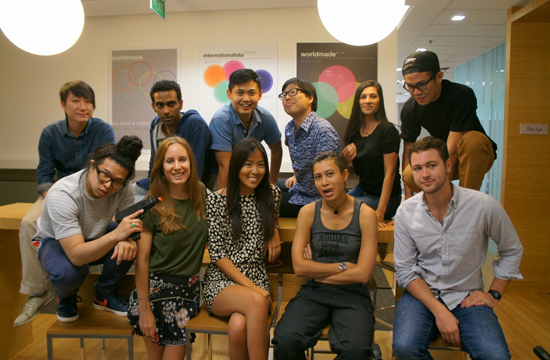 JWT Singapore has brought on a diverse raft of new hires, from creative outliers to digital suits, fuelling a period of rapid growth for the agency.

"It's the chicken and egg game and we decided to act.  We’ve handpicked a talented group who will help us round out the agency's digital and integrated skillset, and deliver fantastic creative work with tangible results for our clients,” said Frank Bauer, CEO of JWT Singapore.

JWT Singapore has brought more than 40 people on board since the start of the year to position the agency for growth.  That investment has paid off in the last eight months: the agency has won a range of key accounts, including Changi Airport Group, Singapore Tourism Board and Kellogg’s, since January, and is the final round with on several more high profile potential clients.

Recent hires include Sosuke Koyama, who joined the JWT on August 1 as Head of Planning.  Koyama, known for his clear strategic insights and out of the box, strategic thinking, worked as Director of Planning at Publicis, both in Shanghai, and later, Singapore.  Prior to that, he worked at Wieden & Kennedy in Shanghai, at TBWA Shanghai,  Frontage/Dentsu Tokyo, BBH Tokyo, Fallon Minneapolis and Fallon Singapore, as well as Tokyu Agency/DMB&B in Tokyo.

Other hires include Daniel Foo and Alexander Lim, both dynamic copywriters.  Foo, who’s won recognition for his work from shows like the Crowbar awards, joined the team in April from BBH.   Lim, who started off freelancing with JWT before joining full time, has consistently displayed innovative, fresh and sometimes bizarre thinking, which is vital for a creative department.

Many of the new team members possess strong digital skills, which is central to JWT’s goal to build a digital heartbeat within the agency to support integrated campaigns.  These include three new digital art directors: Wilson Foong, who worked at DDB Tribal, Sparkfury Creative Agency and the Happy People Co. ; and Weihao Chin and Cruz Chan, who both come from Publicis, where they worked as an interactive designer, and digital art director, respectively. The agency’s newest art and copy team, Roger Tan and Jasmine Tan, who came over from TBWA in August as Art Director and Copywriter, also have digital skills. Roger, a graduate of NTU’s School of Art, Design and Media, also holds a diploma in Multimedia and IT from Nanyang Polytechnic.

JWT Singapore has also expanded its account servicing team.   Caroline Slootweg, who was WPP’s Global Planning Director for Team Red, a bespoke unit that services Vodafone, has come on board to lead the  Singapore Tourism Board account.  Slootweg has core client side experience, and has held a range of roles for Unilever, including Director of Communication Planning for Global Brands and Director of Digital Marketing.  Also on team STB is Gurmit Singh, who joined JWT in July, as an Account Director.  Singh worked at BBDO, on SingTel and Mercedes Benz, as well as Y&R, DDB Worldwide, Ogilvy and Mather, and McCann Erickson in Singapore.

Tina Jasmine Kaur also joined in July, as Account Director on HSBC.   Kaur helped lead the regional HP account at BBDO,  worked on OCBC at Y&R, and held a digital account role on Standard Chartered while at VML Qais, a Singapore digital agency.  Kelly Leong and Katy Helman have also come on board as Account Managers on HSBC.   Leong joined JWT from Leo Burnett, where she worked on a range of clients including IKEA, SingTel and BlackBerry. She also worked as a digital account lead on Microsoft APAC and NTUC FairPrice while at Havas Worldwide.   Helman joins JWT from Arnold Amsterdam, where she served as the Global Account Manager for Volvo, helping to deliver concepts and campaigns across multiple touch points, from TV and print to digital and social, across markets worldwide.

The agency, meanwhile, has further amped up its core digital expertise with Nicholas Ng, an experienced programmer, who joined JWT in July from Arc Worldwide in the role of  Technical Lead, and Don Asok, a software developer and graphic designer, who’s come on board as Project Manager.  Asok joined JWT from at Digital Prizm, where he worked as a Developer and UI Designer.

“We’ve placed a strong emphasis on digital capabilities in most of our new hires, no matter what their role.  We’re committed to delivering exciting ideas that travel across every medium, and the talents we’ve brought on board were selected with that goal in mind,” said Val Cheng, Chief Creative Officer of JWT Singapore.