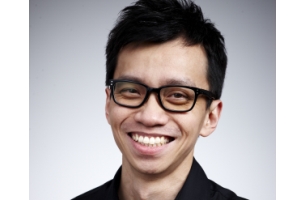 Ng graduated from National University of Singapore with a degree in Economics, before moving into a career in advertising.  He started as a copywriter at Leo Burnett Singapore, and eventually moved to UK hotshop Mother London.  He returned to Asia in 2009 to join Euro RSCG and later, DDB Shanghai, as Executive Creative Director. He moved back to Havas in 2012 to take on the role of Southeast Asia Chief Creative Officer.  Last year, he started Community, a creative collective that also embraces social responsibility.

“I am proud to have Vic join the family. He’s home-grown talent with an international outlook, which is a real asset to our clients.   He also possesses both creative and strategic capabilities, which is a very rare find,” says Valerie Cheng Chief Creative Officer of J. Walter Thompson Singapore.

Ng has won creative and effectiveness awards at every major international competition for his work on Procter & Gamble, Pepsico, McDonald’s, Coca-Cola, Philips, Clorox and Nikon.  His creative leadership has resulted in numerous Agency of the Year accolades in South East Asia and Greater China

Ng has judged many international award shows, including Cannes Lions, Clio, London International Awards and New York Festivals, and was the first Asian to be on the D&AD Integrated Advertising jury. He has also led the Asia-Pacific Adfest Outdoor Jury, and served as Head of Jury at the Singapore Creative Circle Awards.

A staunch believer of nurturing the next generation of local creative talent, Ng has also served as an adjunct-lecturer and mentor at Ngee Ann Polytechnic, AWARD School and Singapore Crowbar Awards. He is also featured in the book “Creative Director: Year 0”, an inspirational collection of success stories from 25 of the world’s top creative directors.

“I’m absolutely thrilled to have Vic joining our creative department. We have enjoyed an excellent year delivering some highly innovative work and the hiring of Vic reflects our continued investment in the best creative talent. His work speaks for itself and I know he will do great things on our brands at J. Walter Thompson,” said Peter Womersley, CEO of J. Walter Thompson Singapore.

“J. Walter Thompson has a rich tradition of creative excellence, and is home to many terrific creative leaders in Asia. Together with the strong support of Pete, Val and its leadership team, it’s an opportunity I could not refuse. I can’t wait to work with the team here as we take the next leap forward,” said Ng.