JWT Report on the State of Asian Men

Trends and Insight 332 Add to collection

Anxious about role as parent & strive to be hands on dads 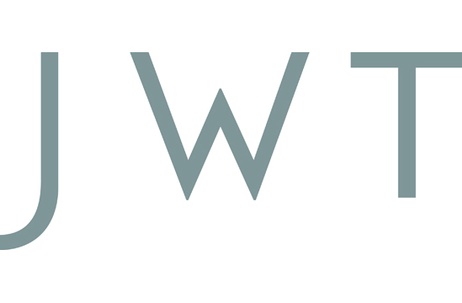 Asian men are focusing more on relationships, feeling concerns over balancing work with home life and want to have a greater role in the fabric of the family, according to a survey on the changing roles of men that was conducted in Singapore, China and Malaysia by JWT Asia Pacific. Women still shoulder most of the load, especially when it comes to the kids, but men feel they are pitching in more at home and striving to be a more hands-on dad than their own fathers were.

“The men we surveyed in Singapore, China and Malaysia see themselves in a very different light to their fathers,” said Sosuke Koyama, Head of Strategic Planning at JWT
Singapore. “Men say they want to participate more in the family, particularly when it comes to raising their kids, and say they experience anxiety about achieving a work-life balance.”

The survey found that:

- Manhood is on the move: The concept of what it means to ‘be a man’ is changing as men take on a greater family role. In our survey, men in Singapore, Malaysia and China were almost equally likely to see emotional support for their family as a primary definer of men today (57%) as they were to name career success (63%), a traditional defining factor of being a man. Indeed, when asked ‘what defines a man today’, the men ranked parenting abilities higher than attractiveness, the ability to bond over sports, sexual conquests or the car he drives.

- Gender roles are starting to blur: Seven in 10 men said men and women don’t need to conform to traditional roles anymore. Eight in 10 agreed that men and women are pretty equal today, and that gender doesn’t define a person as much as it used to.

- Still, it’s not easy being a man today: Six in 10 men in Singapore, China and Malaysia see their gender as becoming less dominant in society, and eight in 10 believe that while people talk about how difficult women have it, things are just as hard for
men. And men are more likely than women to say that life in general is harder compared the generation before.

- Men are more focused on relationships Men say they spend most of their time focusing on their role as husbands (64%), fathers (60%) and wage-earners (42%) compared to community roles. Compared to their father’s generation, an overwhelming number say they prefer to prioritize their personal relationships (+36%) and taking care of themselves (+32%) and focus less on their externally-facing roles of colleague (+27%), friend or community leader than their dads did before.

- Dads are on deck: With more Asian women working and fathers devoting more time to their role, dads are joining moms at the heart of the family. The men we surveyed said they handle 51% of the child care and 54% household duties, when asked what percent of household responsibility they personally take on. Both men and women, meanwhile, are sharing the responsibility of making major decisions, on things like education and activities, for their children.

- Today’s Asian dad is more engaged than a generation before: The majority of men we surveyed felt that are spending more time on their roles as a husband
and parent than their own father did at the same time of his life. About one-third think they are more tuned into their kids, more tuned in to women, and more able to express emotions than their fathers were. Over 8 in 10 Singaporean, Malaysian and Chinese men said their parenting style is very different from their fathers. Dads view themselves as involved participants in the family’s day-to-day activities, a co- decision maker with spouses regarding children’s education, activities, play, and discipline, and a key voice in larger childcare decisions.

- The buck still stops with Mom: Men are pitching in, but Mom is keeping things on
keel. Just over 70% of men across all three markets admit their spouse takes care of enforcing the kids’ routines - including bedtime, table manners, eating schedules and homework - most of the time.

- Even Superman had a Day Job: A desire to prioritize family and the expanding role of“Dad”isconflictingwiththepressuresofmodernlifeandbeingaprovider. Dads say they’re anxious about being able to commit enough time to their families. Our respondents say:

o It’s tough to balance family and career commitments. 92% percent say that the corporate world should do more to accommodate working dads;

o Balancing work and family is fast becoming a parental issue, not a women’s issue.
 More than 6 in 10 men across the three Asian markets say that balancing career and family can be just as tough for men as for women;
 Just over 50% feel anxious about taking care of their parents;
 Over half also worry about being a committed Dad and a progressive-
minded parent.

The changing role of men has key implications for brands, across segments and sectors, and across the region, said Libby Schaub, Strategic Planning Director at JWT Singapore. “The men we surveyed aspire to be progressive Dads. Brands have a real opportunity to connect with men across Asia through their role as active, invested fathers.”

Potential ways to connect with today’s Tiger Dad include:

Facilitate Family Ties: Dad’s prioritization of family presents an opportunity for brands to find ways to help dad nurture the relationship with children. As well, brands that help men find new ways to connect with their spouses can win.

Provide positive aspirational themes: men have idealistic and sincere aspirations – to be honorable, decent and to be a progressive parent. Manhood today means much more than ‘macho’. Marketers may want to dial down the testosterone factor and show men with more dimensions.

Dads don’t just buy the big stuff only: Include them in the small stuff, too. Supermarket brands can’t assume that their customer is a woman, that it’s mom shopping for the kids and their male customer is clueless. Or assume women are solely in charge of purchase decisions on diapers, milk, food and drink. Dad is pitching in around the house, and may be an influential voice for choosing household brands.

Appeal to both genders by putting men in a co-starring role: Showing men as active members of the household provides an aspirational image for women and will be appreciated by men who do a fair share of chores or child care.

Play up the practical: male shoppers tend to be very focused on the practical, looking for what’s most durable, efficient and so on. Put these qualities front and centre in male- targeted campaigns.

Connect with men digitally: men are more likely than women to use technology to help them research products and prices, and they’re enlisting their mobile devices at point of purchase to become savvier shoppers as well. Use digital means to connect with men and help them shop more efficiently as well.