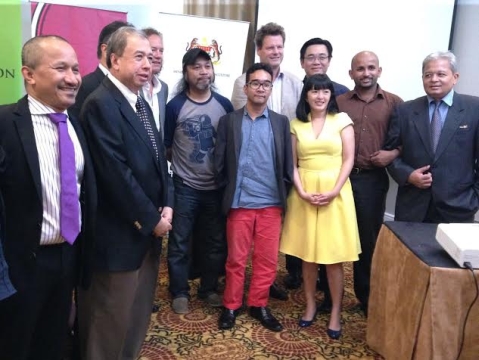 JWT Malaysia has partnered with Tropfest South East Asia, the Asian edition of the world’s largest short film festival, to help accelerate the festival’s growth and raise its brand profile with audiences and aspiring film makers across the region.

Tropfest, which began in Sydney, Australia in 1993, has become the largest festival for short films in the world.  Tropfest today runs in New York, Australia, New Zealand, Abu Dhabi and the Malaysian state of Penang, where the event is now in its second year.

Tropfest SEA, which will be held on February 1, 2015 in George Town, Penang, was brought to Malaysia by the energetic Joe Sidek, a fixture on Penang’s culture scene and director of several arts festivals.  JWT has volunteered to provide the Tropfest South East Asia team with a communication strategy and advertising campaigns, which will kick off in mid-December.

“JWT turns 150 this year, and our Malaysia team decided to celebrate our agency’s pioneering spirit by spending 150 hours working on a selected client that would benefit from JWT’s expertise.  So we’ve partnered with Tropfest SEA, which is run by a really wonderful group of Malaysians who work tirelessly to develop and promote our country’s arts and culture scene,” said JWT Malaysia MD, Nicole Tan.

“We’re really proud to be working with Joe and his team.  We share many similar values, including our fundamental belief in being pioneers, in storytelling and in making creativity accessible”

Tropfest sets itself apart from other film events by requiring participants to create films for the event rather than simply exhibiting existing work.  The event has become a launchpad for aspiring filmmakers, who stand to win trips to develop their careers and work experience with top filmmakers.

“Stories form the building blocks of any community are at the very heart of the Tropfest ethos,” said Sidek. “It doesn’t matter your age, budget, nationality, profession – Tropfest SEA is a platform for every kind of story from anyone. Everybody has a story to tell, and with the support of these partnerships, we hope that each story will touch those across the region.”

The winner of Tropfest SEA 2015 will receive US$12,000, courtesy of Yayasan Sime Darby, as well as a five-day industry immersion trip to Los Angeles, sponsored by the Motion Picture Association.

Mike Ellis, President and Managing Director, Asia Pacific, MPA, says: “We are delighted to continue our close association with Tropfest SEA. It is one of the most exciting film events in Asia, offering the next generation of filmmaking talent from this region the opportunity to test their skills, find out how their film plays in front of a large audience, and exchange ideas. We look forward to sending the 2015 first prize winner to Los Angeles to participate in a five-day film immersion course together with other emerging filmmakers from around the world. Good luck to all of the filmmakers.”