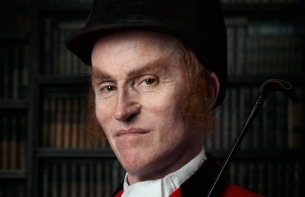 80% of the public supports the ban on fox hunting, but many are unaware that the ban is ineffective in its current form and that illegal fox hunting with dogs continues due to the money and power of those who hunt.

Using portraits of foxlike hunters, the ads reveal that the sly ones aren’t foxes, but the hunters who are responsible for illegal animal cruelty.

Philip Mansbridge, UK Director of IFAW, said: “As we campaign for a strengthening of the Hunting Act, we wanted an impactful advert to highlight the fact that many hunts continue to flout the law and are slyly getting away with it. The Hunting Act is a vital piece of wildlife legislation but with hunts continuing to illegally chase or kill foxes and evade prosecution, it is time for the Act to be amended to make it more effective.”