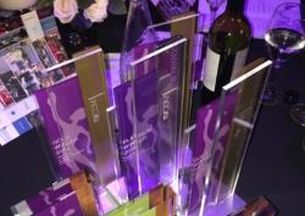 J. Walter Thompson Live picked up 7 awards, including the Platinum Grand Prix, at the EVCOM Live Awards – making it the most awarded agency on the night. The second successive year it has achieved this accolade.

All the awards came for its “A Living River” sound Installation for HSBC in Gatwick’s Skybridge.  This makes a total of 64 Evcom wins and commendations in two years.

To celebrate the work of HSBC’s Water Programme and 15 year partnership with WWF, A Living River brought China’s 6,300km Yangtze River, one of the world’s longest rivers, to the sky by creating an ambitious and unique sound installation in Gatwick Airport’s never before used for advertising Skybridge.

The installation features over 100 hours of authentic sounds taken from 35 locations on the Yangtze; and transmitted by 160 speakers through 80 channels to immerse travellers in 3D sound.

With sounds that react to the time of the day, the weather and even the movements of the travellers, the interactive installation gives a unique journey no matter how many times you travel down the Skybridge.

The soundscape was created in partnership with sound designer Nick Ryan. Nick is widely recognised as a leading thinker on sound creation and performance.

Tom O’Donnell, the Board Event Director at JWT Live, said: “JWT Live have had a fantastic year. It was a great start to win a Yellow Pencil for “A Living River” at the D&AD Awards in May. To finish the year as the most awarded experiential agency at the EVCOM Awards for the second year running is also a huge honour, especially as we were up against some of the best in the business. Following the success of our work for Shell last year – collecting six awards – we managed to win seven this year including the Platinum Grand Prix once again. A fantastic achievement.”