JWT Brazil's Olympikus Campaign Invites Us All to Play Like Kids 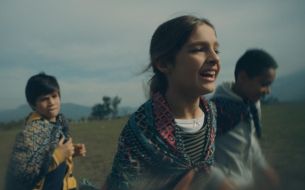 Anyone who watches the short film for the launch of the new Olympikus Kids collection will want go home earlier to play with their kids. The campaign for the kids line of the largest sports brand in Brazil conveys the message that children should be free to play, because that's how they will turn into better adults.

With the concept #libereabrincadeira (#maketimeforplaytime), the campaign also presents the new products, with technology and design that were conceived to meet the specific needs of small children in all types of movements.

The three-minute film was created by Olympikus in partnership with J. Walter Thompson Brazil. In times like these, when the rush of everyday life and smartphones put us in a kind of urban trance, nothing better than receiving a call, a heads-up, to recover what matters most, from those who really matter. In the film, which uses a cinematography language in a sensitive and poetic way, a child invites her parents to play as they used to as a way to reconnect with her and her world.

The main objective for Olympikus is to initiate a conversation with parents and encourage them to get away from their hectic routine, put their appointments away in a drawer, and rediscover the power of playing with their kids.  And this is in line with the purpose of the brand, which is to encourage people to put out their best. "We must protect their childhood. Healthy kids play, run, jump. With friends, with their parents. That's how they develop. That's how they put out their best. That's the purpose behind the message and products we develop," explains Marcio Callage, Marketing Director of the Vulcabras Azaleia group.

In this case, even the involvement of Callage went way beyond the traditional role of the client who provides the agency with a briefing and then receives back the final product.  The Marketing Director of Olympikus in Brazil co-created the concept and participated in all stages, from development of the idea to final production. In partnership with Thompson’s creative and planning team, led by Ricardo John, Callage put together an all-star team.  Starting with Mark Piangers, author of the best-selling book “O Papai é Pop” (in loose translation, "Daddy is Pop") and one of the main voices of this generation on paternity, who was invited to sit down with them and write the text that inspired the film.

“This is one of the most beautiful messages I have ever seen from a brand. The idea of spending more time with their children, taking advantage of one of life's most memorable phases. Live a more joyful life. Less rat racing and more running races”, says Piangers.

When he read the text, Scene Director Nixon Freire, of the production company Delicatessen, suggested not only directing it but also writing the screenplay.  And so it was done. "This was a group effort with lots of freedom to create, which has resulted in a narrative that adds more of the truth of cinema than the advertising lingo," says Ricardo John. Throughout the creative process, the Grab & Go format was used, where a group empowered to make all decisions sits together, creates and leaves to execute the film/campaign - without having to go through endless meetings and bureaucracies that so often delay production.

The film will air as of September 20 in theaters and digital media.