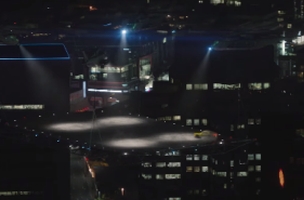 Pennzoil is further positioning its synthetics above all others in the category in its latest branded short film. Shot in the streets (and air) of Cape Town, South Africa, J. Walter Thompson Atlanta put famed stunt driver Rhys Millen behind the wheel of a 707 horsepower Dodge Challenger Hellcat to push the boundaries of performance and innovation.

The team traveled half way across the globe to find the ultimate cityscape and backdrop for the short film. Ozan Biron with The Embassy in Vancouver directed Millen navigating the gridded streets of Cape Town with precision, ultimately positioning himself on a platform where the Hellcat is lifted into the air and suspended by four helicopters, still drifting.

The spot is full of firsts for Pennzoil: a campaign led by an online film first rather than a more traditional TV-driven approach; shedding the advertising norms of its category by dropping claim-based language and product shots to show, not tell, the performance; and deliberately excluding music and VO from the film so consumers can hear the performance through the engine – targeting a visceral reaction – thanks to Charles Deenen at Sound Source.

Pennzoil Synthetics with PurePlus Technology is the modern synthetic of its category and the first innovation in motor oil in more than 40 years with motor oil made from natural gas instead of the traditional crude method.

“We hope to wake people up. To make them care and pay attention to motor oil. It really does matter. And we believe this is the best way to do it.”  – Jeremy Jones, Executive Creative Director, J. Walter Thompson Atlanta 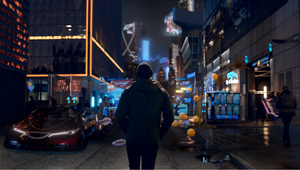 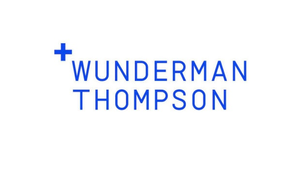