Hunt was most recently founding creative director of VCCP Sydney 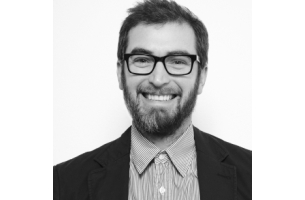 J. Walter Thompson Perth has announced the appointment of talented creative, Dean Hunt to the position of Creative Director.

Doni Savvides, General  Manager, J. Walter Thompson Perth said he was delighted to have talent of Dean’s calibre come to Perth, with his appointment positioning the agency well for future growth and success.

“This is a fantastic hire for us,” said Savvides. “It’s been a strong period of growth and in order to continue that growth, we need to bring in the very best talent in the market.  That’s why I am so delighted that Dean, with his depth of knowledge and creative talent, has decided to join us.

“Dean will bring an exciting new creative perspective to the agency and we look forward to producing more award winning work for our clients.”

With nearly two decades of big agency experience under his belt, Hunt was most recently Founding Creative Director of VCCP Sydney, where he was instrumental in taking the agency from start up to more than 20 staff with a client list including ING Direct Bank and Fitness First.

Prior to VCCP, Hunt worked with Savvides in his role as Creative Lead at BMF Sydney, working on Australian brands such as Tooheys Extra Dry, Football Federation of Australia and West End Draught, on leading iconic campaigns including “We are Football” campaign and the ADMA & Cannes winning work for Solo’s “Everything but a Ticket” and “Lucky Undies” promotions.

“I had the pleasure of working with Dean at both Mojo and BMF, so I know what he’s capable of,” said Langley. “He’s a top bloke with an innate sense for producing creative work that stands out from the rest.”

“He is without doubt one of Australia’s most talented creatives and adding his skills to the fantastic Perth team will help solidify and strengthen the agency’s offering," said Langley.

Commenting on his new role Hunt said: “This job offer has come at a great time and I look forward to adding my experience and enthusiasm to Doni’s team and continuing to provide best-in-class creative solutions for our clients.  Moving to Perth has always been part of my family’s long term plan, Doni’s offer was just too good to refuse and my family and I are very excited to move to the West.”

Originally from the UK, Hunt started out at MMHL in London before moving to Sydney. His work has been recognised at Cannes, AWARD, ADMA and IPA Effectiveness.

Hunt commences as Creative Director on February 29 replacing Dav Tabeshfar who departs to establish his own consultancy business.