Sayers recently joined the JW Collective, which was formed earlier this year 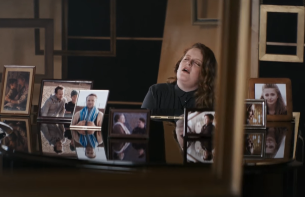 Director Ed Sayers has delivered the performance sequences for a beautiful and heart rending new video for a new song from Frances called ‘Grow’.

The song is in the official soundtrack to  the forthcoming movie ‘Mum’s List’, a  true, uplifting story  of  a mother’s  love  and  bravery  before  leaving  her  family, starring  Emilia Fox and Rafe Spall. In the video, Frances performs ’Grow’, surrounded by frames, some featuring photos of the film’s characters, intercut with emotional footage from the film.