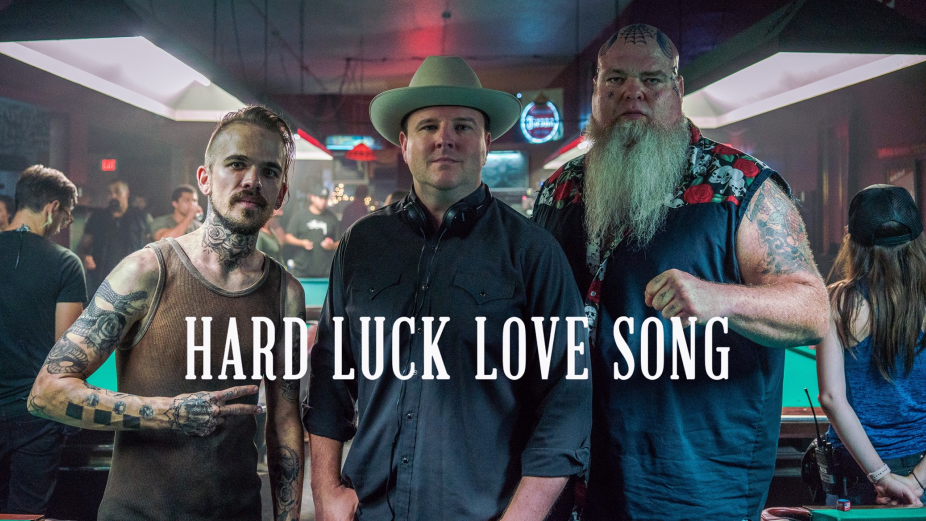 The screenplay was co-written by Corsbie and Craig Ugoretz, and the film was produced by Corsbie, Allison R. Smith and Douglas Matejka (A Midsummer Night’s Dream, Hunter Gatherer). Smith and Corsbie produced on behalf of their company Dime Box Entertainment, the film and TV arm of their successful commercial production company Synthetic Pictures, where Corsbie is the founding director, and Smith the executive producer.

Peter J. Scalettar (Wu-Tang Clan: Of Mics and Men, The Bachelor) and former Warner Bros. and Relativity executive Christian Monti served as executive producers. The film was shot on 35mm film as well as Red Digital Cinema by cinematographer Jas Shelton, a longtime collaborator of Corsbie’s in both entertainment projects and commercial work.

Based on the song “Just Like Old Times” by Americana singer/songwriter Todd Snider, Hard Luck Love Song follows Jesse (Dorman), a charismatic but down on his luck troubadour living out of cheap motels and making bad decisions. Jesse finds himself at an existential crossroads as bad choices catch up with him during an unexpected reunion with Carla (Bush), an old flame.

The film won the Grand Jury Prize for Best Narrative Feature at the 2020 Portland Film Festival, where the jury praised it as “a true character driven indie where... the characters are deep and textured. With artful and deft cinematography, direction, and editing, the film evokes auteurs of yore such as John Cassavetes and Hal Ashby.”  It made its world premiere at the Austin Film Festival, playing in competition, where film publication Peter’s Pix noted that it featured, “powerful, go for broke performances from leads Sophia Bush and Michael Dorman,” and called it a “stand out” while the Hollywood Reporter praised its gritty atmosphere by saying, “Corsbie…clearly knows the milieu. The film, much of which takes place in smoke-filled pool-hall juke joints, boasts seedy atmosphere to spare. You can almost smell the cheap beer and cigarettes while watching it.”

That Corsbie chose Snider’s seminal storytelling song “Just Like Old Times” as inspiration for his debut feature should come as no surprise. Having grown up in Austin, raised by a bohemian single mother and poet, in the shadow of Austin’s famed honkytonks, his lifelong obsession with music and film came together to form this unique adaptation that’s both original and an inspired interpretation at the same time.

“Good music creates such a visceral experience, and storytelling songs have always offered a great window into the less explored corners of American life,” Corsbie explains. “Todd’s song was a great jumping off point for our story, because it set up an amazing vibe and introduced characters I wanted to know more about. As an artist, Todd has an uncanny ability to blend drama, humor, grit and wit, and I humbly tried to infuse this film with those ingredients by filtering them through my lens as a filmmaker.”

At Synthetic, Corsbie’s commercial work includes spots for such brands as Ford, Samsung, Orangetheory Fitness, Burger King, Infiniti, Callaway Golf and many others. He and Smith began steering Synthetic into entertainment and long form content a number of years ago, and have numerous successful projects to show for it. In 2011, the company produced “DMT: The Spirit Molecule,” a documentary exploring the convergence of science and spirituality that was hosted and narrated by Joe Rogan and helped kick off the DMT and Ayahuasca craze. It was the #1 streamed film on Netflix for some time in 2011.

In addition, Corsbie wrote and directed, and Smith produced “Hot Dogs & Hand Grenades,” a comedy series pilot that was the closing night selection at the Gen Art Film Festival in New York and a SXSW ShortCase Winner. Synthetic currently has several other entertainment projects in development, including features and prestige television projects.

Still, as a director, Corsbie has no plans to move away from his advertising roots. “I’ll always direct commercials — I love the short form and really enjoy working with agency creatives and brands,” he says. Adds Smith, “Making commercials and branded content is our core business at Synthetic, and we have a talented and busy roster that keeps us busy in that world, while we also push projects forward on the entertainment side. Operating in both arenas makes the company stronger while also supporting the evolvement and development of our producers and directors.”

Hard Luck Love Song was an Official Selection of the 2021 Nashville Film Festival and was a finalist for Best Picture in the 2021 Buenos Aires International Film Festival, as well as acting nominations for Michael Dorman (Best Actor), Sophia Bush (Best Supporting Actress) and Dermot Mulroney (Best Supporting Actor). The filmmakers also held a music industry sneak peek during Americana Music Association’s 2021 Americana Fest where the film was lauded by musicians, Americana music industry royalty, and fans. The sneak peek was followed by Snider’s sold out show at The Ryman, where the artist personally praised both the film and its director.

By design, the film made festival stops in the three cities that played important roles in its inception and creation: Austin, Portland and Nashville. Snider, who provided its inspiration, is a famed East Nashville-based troubadour. Corsbie got the idea for the film while attending a Snider concert with Smith in Austin, the director’s hometown. A few weeks later, the pair flew to Portland to pitch Snider on the idea while the musician was hosting a sold out, three-night retrospective concert at the Aladdin Theater in Portland, which is the singer’s hometown. The three festivals represent a nod to the film, its roots, and the creative minds behind the project.

Photon Films is releasing the film theatrically in Canada. Myriad Pictures represents the film for international sales. UTA Independent Film Group brokered the domestic distribution deal with Roadside Attractions. Corsbie is represented for commercials and brand work by Synthetic Pictures. The company is represented on the East Coast by Lori Youmans, in the Midwest by Jim Deloye and in Texas and the West Coast by Deirdre Rymer Rivard & Lisa Gimenez. 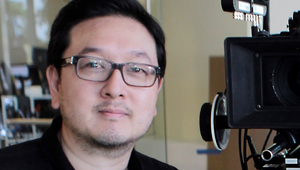 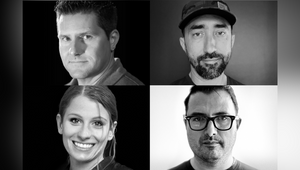