Just Who Were Katy Perry's Super Bowl Sharks? W+K NY Has the Answer 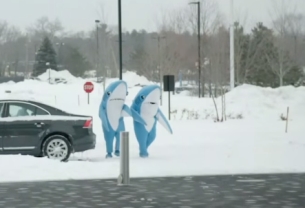 A little more than a week after taking the world by storm, the sharks from Katy Perry’s Super Bowl halftime show have a new gig: In a SportsCenter commercial.

In ESPN's newest spot, Sharks, SportsCenter anchors Bram Weinstein and John Anderson reveal themselves as Left Shark and Right Shark, respectively, as they return to ESPN headquarters after working the big game.