Just Who Is This Secret CEO? 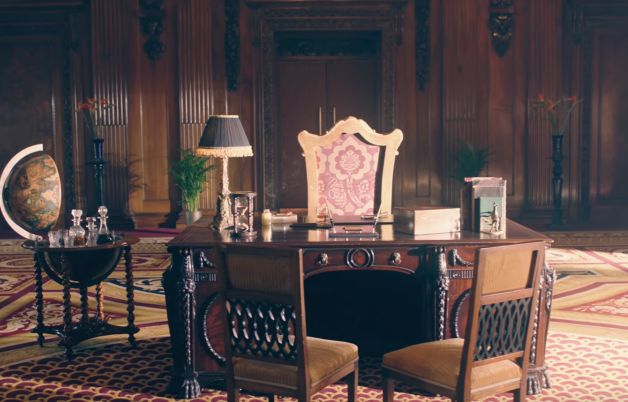 The identity of the Secret CEO, the star of an innovative and ground-breaking new digital campaign film by Malaria No More UK, is unveiled today on World Malaria Day.

The 90 second promo film, voiced by Episodes actor Stephen Mangan, launches the Putting Malaria Out of Business campaign. The film was made by advertising agency Publicis LifeBrands as part of their Extraordinary Ideas pro-bono programme. Directed by Rich Gold of Rich Gold Media it has been entered for this year’s prestigious Lions Health film awards.

The location of the film is 10 Trinity Square– an iconic London landmark that overlooks the Tower Hill and which also played a starring role in the James Bond movie Skyfall. Fittingly, the room featured in this film was formerly the UN Ballroom where the first ever UN General Assembly was held.

Shaheed Peera, Executive Creative Director at Publicis LifeBrands said: “We’re delighted to have been part of this very special project. The highlight for me was the team behind it. They came from The Lab (our diversity anti-graduate programme) and had only been working in the industry for less than 18 months. It’s a testament to the amount of an untapped talent that we have in this country. And proves that diversity is a key component to making word-class creative work.”

Kate Wills, Director of Communications & Partnerships, Malaria No More UK said: “This is a fantastic way to launch our new campaign which includes highlighting how ending malaria would be good for business home and away. Maintaining a focus on the ambitious goal of ending malaria within a generation – and accelerating progress towards this – will bring forward a healthier, more prosperous world for us all.”