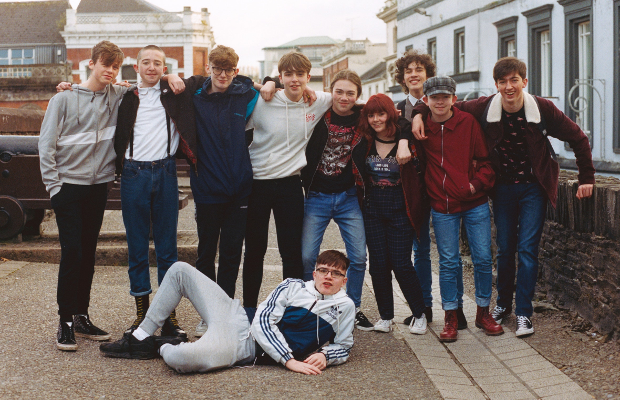 After three decades of civil war, the 1998 Good Friday Agreement brought peace to Northern Ireland – a peace that the 2016 Brexit result threatened to undermine. With the region taking radical steps forward in other areas of life, Scott speaks to a generation of ‘peace babies’ leading the charge.

Scott Carthy adds: ‘As I, and many other Irish like Jen Byrne from The Face, watched Brexit drag on it became obvious that there was a real lack of consideration and understanding by many as to the implications of its potential outcome on Northern Ireland. It felt like there was a real disconnect in England between Northern Ireland’s past and present and the tumultuous history between England and Ireland. We wanted to make a film hearing from the generation that grew up in peace, the generation that grew up since the Good Friday agreement, as Brexit poked the coals of a diminishing fire.’

Scott’s intimate, observational style of directing makes the viewer feel that they are there in the moment. Whether it’s part of a New York subway dance crew in Litefeet or up close and personal with model of the moment Adwoa Aboah. Scott brings unique aspects of communities to screen in a visual style that captures the energy and culture of all walks of life.

His recent film for Jess Glynne displays a stylised and intimate documentary that presents the record-breaking, singer-songwriter as she’s never been seen before. Having become the first female solo artist in British music history to have 7 number one singles, Scott joined Jess on her first arena tour and followed her as she developed her much anticipated second album.