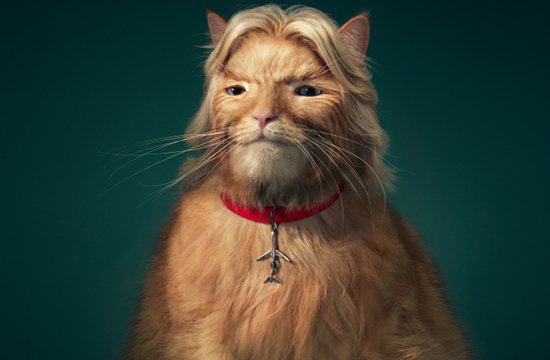 Grey London has taken a humorous approach to promoting The Sunday Times’ Rich List 2014 in a campaign shot by Tim Flach – one of the world’s leading animal photographers – and which features Sirs Richard Branson and Elton John as well as X Factor mogul Simon Cowell.

Once the cats had been photographed, the images were digitally retouched (using lookalike models as reference to ensure likeness) and props added – including specs and an earring for Elton, Cowell’s trademark hairdo and an aeroplane collar for Branson. 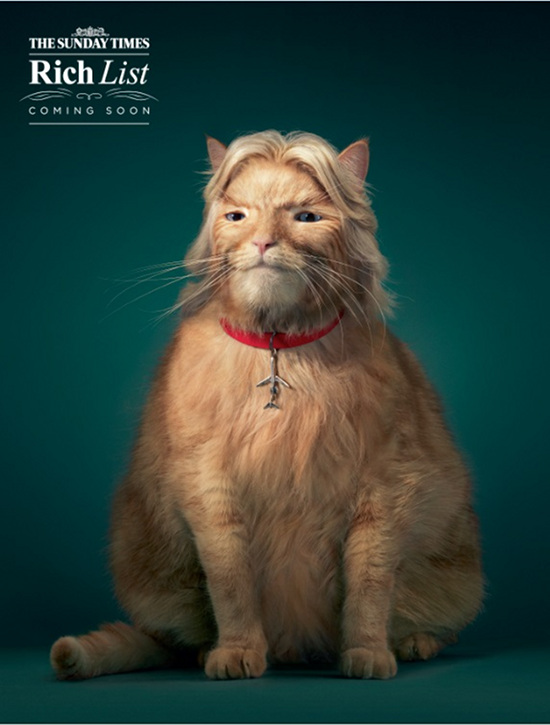 The Super-Rich List – which is new this year and is available within the 11 May issue of The Sunday Times Magazine will be out first. All three executions then promote the definitive Rich List, which for the first time appropriates an entire issue of The Sunday Times Magazine (18 May) – allowing an enhanced range of editorial content around the list itself. The front and back covers of the magazine also feature a fourth, non-specific cat, again created by Grey. 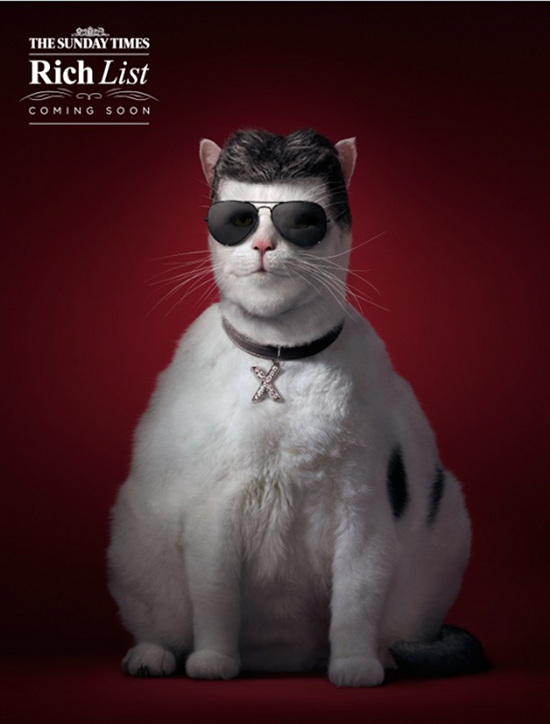 The campaign was written by Jo Sissons and Kate Allsop, art directed by Miguel Gonzalez, shot by Tim Flach and retouched by Antony Crossfield. Creative Director was Dave Monk. 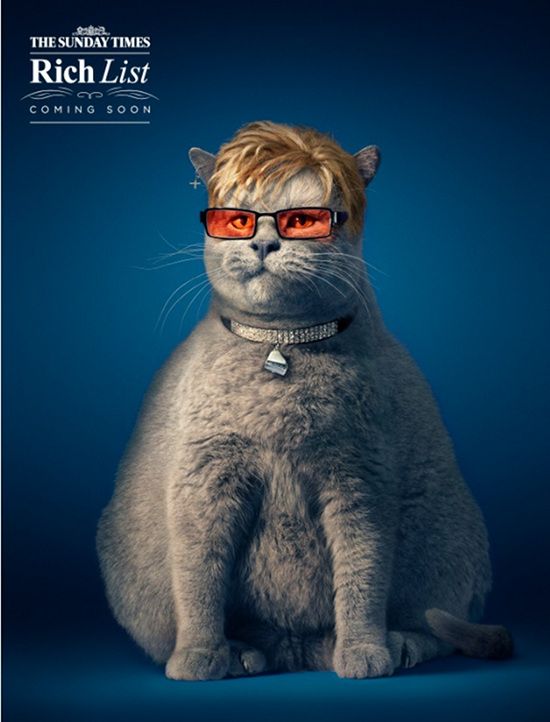