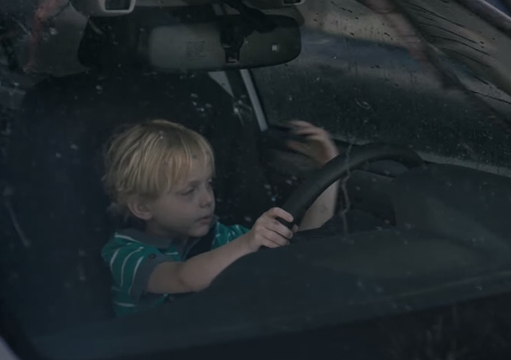 Subaru of America, Inc. (SOA) has debuted its advertising campaign for the launch of the all-new 2015 Subaru Legacy. The new work positions Legacy with mid-size sedan buyers as a smart alternative to the mainstream choices. The company looks to increase sales of its largest sedan in support of its business goal of a sixth consecutive year of record sales.

Subaru treads its own path when it comes to advertising, by focusing on what really matters to a car owner: peace of mind. This concept is the overarching theme in the three latest national ads in support of its broader “Love” campaign. The spots are centered around the Subaru Legacy’s ability to help the consumer do all the things they enjoy to do.

Kicking off the Carmichael Lynch produced and Jim Jenkins-directed TV campaign is the anthemic “Passengers,” which proposes that no matter who is in the car, or where they are going, all passengers are sharing a ride in the same planet-sized carpool. This spot highlights all the relatable journeys that can be taken in a Subaru, and the safety features that protect passengers along the way.

While every destination is different, Subaru understands that a safe trip is what really matters and so the ad specifically calls attention to the available EyeSight® technology that can react to conditions even before the driver.

In “The Fix,” a father finds his own peace of mind when his new Legacy becomes an inventive solution for his son’s broken heart. The son arrives on the scene to find his toy car dismantled by the terrain; it is only a moment before his father realizes that his Legacy can be an even better substitute. Demonstrating the all-wheel drive capabilities and superior handling, the Legacy can take on any challenging maneuver the boy throws the driver’s way.

“Jr. Driver” features a young boy imagining a day where he is allowed to take a seat behind the wheel. While the boy is still a decade shy of 16, his dad knows that his well-built Subaru Legacy is the longest lasting car in its class and should still be ready that day.

The all-new 2015 Subaru Legacy features improved fuel economy, all-wheel drive as standard, a much upgraded interior, sharper styling and the largest cabin in its class with the award winning Subaru EyeSight® Driver Assist Technology also available. Subaru expects sales of the all-new 2015 Legacy to increase by over one third from the current generation which closed 2013 sales at 42,000.