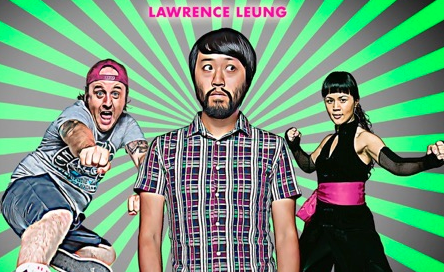 Set in a fictionalised version of Sydney’s Cabramatta, the show has used the iconic suburb as a “playground for twisting familiar genres”.

Leung plays Simon Chan, a young local who has wittingly peddled the story that he trained at an infamous Martial Arts school in Beijing when in fact he was at Marshall’s Art School in Melbourne.

He returns to Cabramatta only to be thrust into a death match with a fearsome, Kylie Minogue obsessed gangster.

The series has been heavily praised in reviews for The Age and SMH, as well as The Australian and TV Guide, and debuts tonight on ABC2 at 9pm.

Melville is represented for commercial work by Jungleboys, and you can view his work here