Jungle Studio's Owen Griffiths Goes Behind the Sounds of Christmas 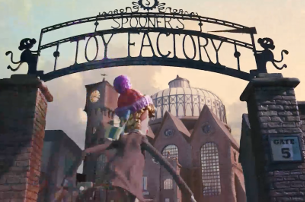 In November 2016, Sainsbury’s unveiled a heart-warming new Christmas advertising campaign, ‘The Greatest Gift’, highlighting the importance of sharing the gift of time with family and friends at Christmas. Directed by the award-winning Sam Fell, the advert tells the charming tale of Dave, a hard-working and devoted dad, who comes up with an ingenious plan to make sure he can be with his family for Christmas. Dave’s story is told via an original, joyful and humorous song ‘The Greatest Gift For Christmas Is Me’, performed by British actor James Corden and composed by Bret McKenzie.

Jungle’s Owen Griffiths was tasked with completing the sound design for the campaign. He says, “The challenge with the project was to create a sound design that would complement the track which was the backbone of the film. The song was bouncing around my head from very first listen, and it was obvious that it would need to be the ‘hero’. To me, this meant that the sound design element would need to not compete with the music, but rather act as additional ‘instruments’, if it were to blend in but still do its job.” 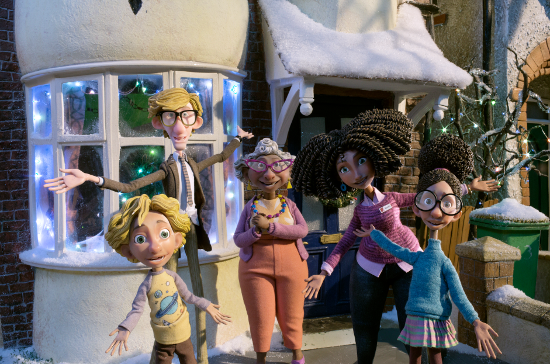 Often, a music track and the sound design on a campaign can end up competing for the same frequencies and points of emphasis, and Owen was really keen to avoid this happening. Luckily, he had the track in demo form early in the process. “While the animation team were hard at work in Wimbledon on simultaneous mini stages, shooting frame by painstaking frame of the stop motion footage, I was able to visit the studio to meet Sam Fell and have a look round the sets which were gob-smacking in their detail and, with Richard and Andy, the creatives from AMV BBDO, we all went through how the shots would develop and how we might want things to sound.”

Orchestrator and conductor Matt Dunkley (Inception, Black Swan) was charged with arranging the piece for band and orchestra but Owen felt he had a good idea from the demo how the music would eventually turn out once real instruments were recorded. “I was also lucky enough to be invited to Air studios in Maida Vale to watch Matt conduct the strings and woodwinds as they recorded their parts, which was an absolute pleasure.”

In order that nothing would jar with the musical elements, almost every detail that went in had to be tuned and rhythmically re-constructed to fit with the song. “What was hugely gratifying was that Sam was determined everything within the animation would be synced to the track also. So when the dog nods, or we see the mechanical monkey typing, or a door slam, all hit a beat. And if they didn't, Sam made sure they would the next time I had a cut. Then all the imagined sounds of the factory – the conveyors, the wheels and the switches – also had to slot into the rhythmic bed of the track. I spent a lot of time with Ableton Live re-timing sounds to change them to fit a triplet or 2/4 timing so they could drop in seamlessly under the instruments." 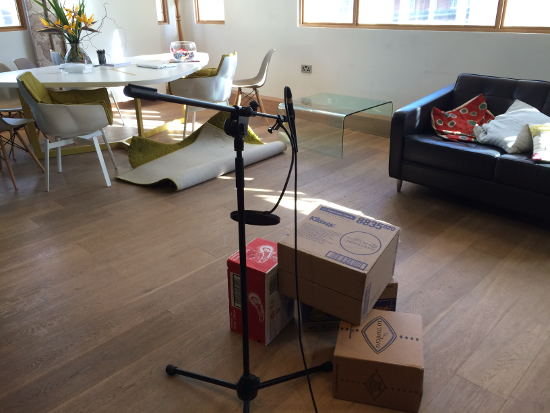 Within the film, there are a few moments that Owen particularly enjoyed working with. “To make the ‘twerking boss’ sequence more uncomfortable, I enticed some of our patented Jungle ‘cast of thousands’ crew into the booth and recorded them shouting the ‘hey, hey, hey’s’ for the staff at Dave's office. Of course, having signed an NDA, I couldn't play them the track! So they performed it wild and I fitted it after they'd left.

“Then Andy came up with the idea of the robot toys saying something as they run amok after the two trolleys of boxes have collided (an effect which I made from scratch with some empty cardboard boxes and our Lounge wooden floor). This allowed me the opportunity of recording myself, sampling the result and replaying it pitched up and bit-reduced to replicate the type of robot I wished I had as a kid.”

Any challenges? “Well, I've just about removed the tape from around the fingers of my motorcycling gloves where I'd secured the sections of plastic chopstick ‘claws’ so I could do doggy footsteps in the studio.”

“But seriously, what was fantastic with this project was the latitude with which I had to experiment and fine-tune the design until it all hung together seamlessly. Sam, Richard and Andy were a joy to work with and it was a great pleasure to bring something so beautifully crafted to fruition. The most important effect I was trying to achieve was to make the film as charming as I could, with design that didn't shout about itself, but complemented the brilliant track and James' performance to the best of my ability. I was really happy with the result, and the film has been received wonderfully, so I really couldn't ask for any more.” 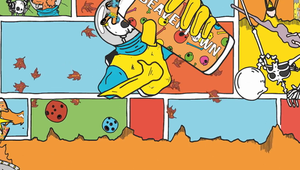 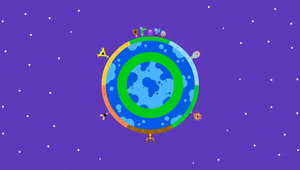 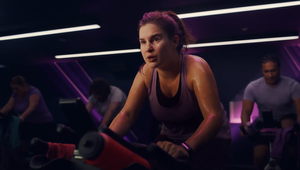