Jump Into the World of Mad Men with Stinkdigital's Interactive Archive 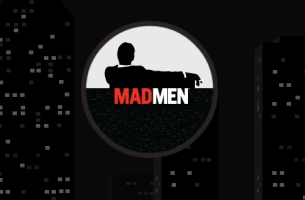 Stinkdigital has collaborated with Google Play and Lions Gate to launch a digital interactive archive of Mad Men's entire series.

It's a virtual world of over 300 pieces of content, including never seen before material, pictures, videos, commentaries and interviews, a historical timeline of the show and storylines over the years that you can explore and interact with. Click here to give the site a go.

Stinkdigital commented on the technical side of creating the interactive site: "Even though time was tight, our technical scaffolding for this site was a small story in itself. Every single page here is pre-rendered, which makes the site totally accessible and SEO friendly even without Javascript, and much faster on initial load. We also used isomorphic Javascript, meaning we loaded the exact same templates on the front end as on the back end. Rather than building a CMS, we populated content on the site using JSON files, and built logic into the server side so that we could facilitate the generation of 'subcontent' based on the user's context.

On the animation side, we leveraged Pixi.js v3 for the cityscape and timeline pieces to ensure that all animations worked every bit as seamlessly on mobile and tablet. Icons were handled via an iconfont created through a gulp task, another optimization that improved the site's overall speed. Finally, we also utilized the .webp format where possible for even more speed improvements."