Jumbla Wins the Race for Unique and Flashy Forza Video 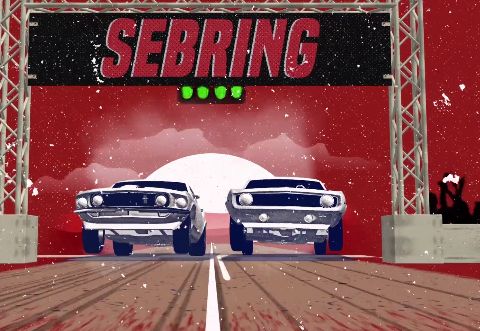 From the multiplayer madness of Super Mario Kart to more serious simulations such as Gran Turismo, racing games have always been a favourite among console players.

As Creative Director Cal explains: “The most challenging part of this brief was coming up with 12 different styles and stories for each script. The project also spanned a total of three months, so we had to fit all 12 videos into that time-frame.”

The challenges didn’t end there. Each video needed to be totally different to the next - with the added stipulation they be nothing like what Forza had done before.

At the same time, Microsoft Studios and Axis wanted Jumbla to utilise ‘Forza-style’ cameras to achieve consistency with the video game itself.

First and foremost, Jumbla did some research (if you can call it research...) and looked closely at the videos and camera angles Forza had featured previously.

“We got everyone together before the start of the project to ensure they were all on the same page as far as the type of movements that were required,” says Cal.

From there, Jumbla implemented a very strict process, to which every animator adhered for each video.

Styles and animatics were created in the first week. The next two weeks were spent polishing the animation, including any changes the client wanted.

While each artist worked on a single video, creating entire sequences from start to finish before moving on to the next, Cal knew collaboration was the key to getting it right first time around.

“We crossed over a lot,” reveals Cal. “Everyone has unique ideas and interprets things differently.

“Sometimes you can get pigeonholed into one specific look and feel, but this way we were able to really break away from that and do a lot of very different-looking things.”

In addition to fulfilling the initial concept of “animated posters,” Cal and the team also produced animations that were fast and punchy, mixing 3D cars with 2D-style motion graphics.

“The client loved our proposal and loved our ideas,” says Cal. “We worked with them to help develop poster frames, going back and forth a lot of the time to ensure we were always on the same page."

Although Jumbla received minimal feedback on each style revision, the second round of animation was used to refine and polish the work as much as possible.

Off the back of this project, Jumbla was awarded another Forza project, this time for the NASCAR expansion pack on Xbox One.

What Jumbla learnt from the Forza 6 Apex project

Several of Jumbla’s artists used Element 3D in After Effects for the first time during the Forza projects, a program Cal has a great deal of enthusiasm for.

“There’s always a lot of things you learn on these type of collaborative After Effects-based projects, whether that be new processes, techniques or something else entirely,” he notes.

The team also learned how to rig cars, which - after a fair amount of analysis - gave Jumbla invaluable experience for future projects such as Forza NASCAR and Valley of the Kith.

“There’s a few little things that you need to do in order to get the cars animating correctly, and when we worked that out, we made sure the whole team was on the same page,” Cal said.

Jumbla is consolidating its reputation as an emerging force in the world of video game cinematics.