Awards and Events 91 Add to collection

The Webby Honouree Award, known as the 'Highest Honour of the Internet' was judged by Kevin Spacey, Grimes and Jimmy Kimmel 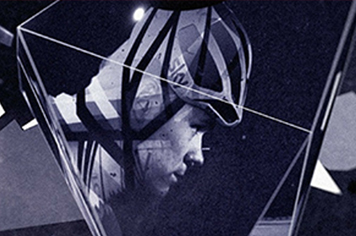 Jumbla has been honoured at the Webby Awards for the second time in two years – this time taking home the Webby Honouree Award for Y3llow, our animated collaboration with three-time Tour de France champion Chris Froome.

It was the most competitive year ever at the Webbys – there were 13,000 entries received from all over the world, with over 70 countries being represented at the award ceremony’s 21st season. This award win means that Y3llow ranks in the top percentage of the submitted work, as judged by the competition’s panel – which, this year, included in its ranks such illustrious names as Kevin Spacey, Grimes, and Jimmy Kimmel.

It was a tough competition too – with brands and TV shows such as Prada, QANTAS, Ikea, Game of Thrones and Chef’s Table were also in contention for the awards too.

‘It’s such an honour to be an Honouree and honestly all I can say is that we’re honoured,’ said Steve, Jumbla’s linguistically diverse head of production.

"The Webby Honouree Award marks the fifth accolade the animation has earned, also previously winning honours at the AEAF Awards, the W3 Awards, the Muse Awards, and the Horizon Awards. We’re hugely proud of the enduring animation – particularly for having been recognised by one of the media industry’s most esteemed award ceremonies. Or, as the New York Times refers to it as, the ‘highest honour of the internet."