Clique tells the story of uni students Georgia and Holly who get drawn into an elite clique of young women, led by a female lecturer 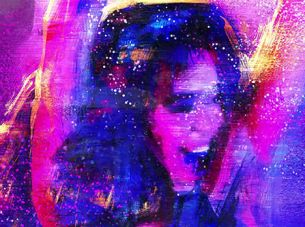 Clique is a brand new series airing on BBC in the UK. Jumbla was proud to provide the opening sequence for this psychological thriller, in its highly anticipated debut season.

There’s a lot of mystery in this piece. While it’s bright and aesthetically vibrant, there’s also an underbelly of mystery and intrigue. It’s a fitting paradox given the nature of the 6-part series it opens, penned by Skins writer Jess Brittain.

She told Digital Spy, "Clique is about the different ways ambition plays out in young women at university. It's a heightened version of a certain type of uni experience, pulled from my time at uni, then ramped up a few notches into a psychological thriller.

"Clique goes to some pretty dark places. But returns, always, to the key female friendships of our central characters," she says.

It tells the story of childhood friends Georgia and Holly. They’re starting uni in Edinburgh, Scotland, when one of the girls gets drawn into an elite, exclusive clique of young women, led by an influential female lecturer.

The other girl is left out of the clique, but notices a change in her friend’s behaviour. So, she follows her into what ends up being a heavily guarded, sensual world of lavish parties, involving some of the city’s most high-powered business men and women. But, she also uncovers sordidness, corruption and danger. Will she get her friend back or will they both cross the line?

The heavily abstract piece, made by Jumbla, is full of colour and dreamy textures. Some of those watching might sense elements of glitter, powered make-up, celebrity, nightlife, sultriness and ultra-modern fashion. Our creative director Oz (who loved working on a British program, given it’s where he hails from!) says it was our good friends at Axis who reached out to Jumbla to create this sequence.

“We were given a relatively loose brief which made this job a lot of fun,” he says. “The creator of the show sent us some images of fashion models lit with different coloured lights on top of saturated backgrounds. He wanted it to be very abstract – almost unrecognisable as human. We sent a few different treatments to achieve this and they really liked some painted images we mocked up. They were created with thick oil paint and garish colours.”

“We then had to come up with a way of recreating these digitally so they could be animated. We tried a number of different techniques including projection mapping and layering in After Effects, but in the end settled on the labour intensive approach of illustrating stills from the show on several layers. These would them be put into a 3D space where they’d be broken apart using “effectors”, before being re-composited in After Effects. At this point, we would offset the layers from forming so that only glimpses of the faces could be recognised at a given time.”

But that’s not all, says Oz. “Then, it was a balancing act between making the faces recognisable and keeping it abstract; driven by colour and movement. Having everything rendered in multiple layers gave us the control we needed to experiment with this.”

“The overall effect was to create something appealing to a young female audience which was colourful and glamorous but something that also alluded to the sinister themes of the show.”