Julian Ribeiro Steps Down as CEO of Lowe & Partners SA

Ribeiro will depart the agency in February to pursue new opportunities 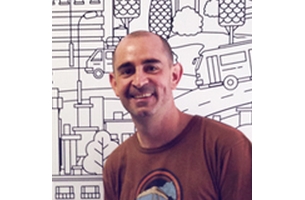 Lowe & Partners SA has announced the resignation of its CEO, Julian Ribeiro. Ribeiro will depart the agency in February to pursue new opportunities.

Jeremy Hine, Mullen Lowe Group EMEA President, commented that Ribeiro has successfully led the agency through an important transition. “Julian has helped the agency to get ready for its next exciting chapter. Having achieved what he set out to do, he feels that it’s a good time to move on to a new challenge. He leaves with our very best wishes and thanks.”

During 2015, Ribeiro consolidated the two Lowe agencies in Cape Town and Johannesburg. He also has had a successful drive with the agency’s new business efforts, with the agency winning multiple projects and four new clients during the year, culminating in two additional substantial business wins in December.

Ribeiro commented: “With the reorganisation and new business wins in place, the agency is poised for a great year in 2016 – and beyond. I have every confidence that the agency will build on this momentum and continue to produce outstanding creativity that delivers great business results for its clients.”

Ribeiro’s responsibilities will be assumed by the management team of Katinka Pretorius (MD), Kirk Gainsford (CCO), Sarah Dexter (MD, OIL) and Rod Wilson (COO), who will report to Hine.