Trends and Insight 572 Add to collection 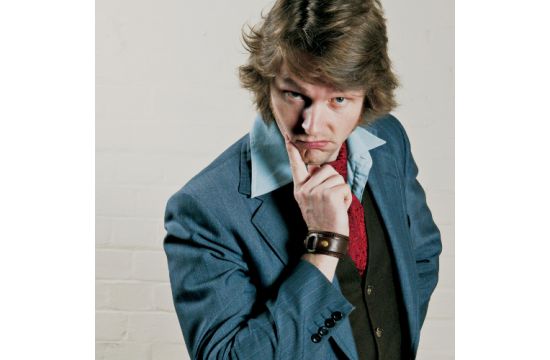 It’s been one hell of a year for illustrator and director Julian Frost. Not far off 12 months ago we came across a quirky, catchy little spot that stuck in our minds all about the grisly ways to shorten your life. Now Dumb Ways to Die is the most awarded campaign of 2013 – if not ever. LBB’s Laura Swinton caught up with Julian ahead of his session at Berlin’s Ciclope festival next week.

LBB> You’re going to be speaking at Ciclope – what is the key message you want to get across?

JF> Oh golly, do I need a message? Hopefully I can give an honest and not-too-boring account of how Dumb Ways to Die came about. If someone discerns a nugget of universal wisdom in my presentation could they please tell me what afterwards? Thanks.

LBB> And – equally – what are you hoping to learn from the event?

JF> I hope to fill out my currently rather patchy mental model of how production in certain disciplines work. And I'm looking forward to tales of how the little elegant details came about in various campaigns. Little elegant details are often the bit that means something sticks in my mind, or doesn't.

LBB> You’ve recently signed with Passion Pictures – how did that partnership come about and what are your hopes for it?

JF> Passion has many amazing people making work I could only dream of being able to make, so now I joined my plan is to somehow steal all their skills.

LBB> How did you first get into directing and illustration?

JF> Well I worked in design and advertising for a few years now. Plus I like drawing and animating little dumb things for fun outside work, and making games with my best friend who's a programmer. Dumb Ways to Die just happened to combine all those things, so people told me I was a director now. Ok cool! I didn't quite know what that was until after DWTD came out.

LBB> Dumb Ways to Die has really propelled you into the global spotlight as far as animation and illustration are concerned – how have things changed for you since then?

JF> I feel very privileged to have been part of a project that a bunch of people genuinely enjoyed. That's the main thing really.

Hopefully I can get some more fun work, and maybe I can second-guess my own work ever-so-slightly less now, since that's kind of draining. But all that's entirely secondary to the honour and satisfaction of having entertained a load of kids around the world.

LBB> Dumb Ways was a really interesting project in that it was a lot bigger than just the video – there was the app, the radio, the posters – and, not only that, it seems like every single element of the campaign did well. What were your experiences working with the team at McCann to integrate your characters and direction across the different formats?

JF> The campaign grew as it was being made - the idea was so strong and the darn song so catchy and people liked it all enough that extending the campaign felt quite natural. (So far anyway - I read that a licensing agent plans on making DWTD housewares and health and beauty products. That'll be…um… interesting!)

McCann and Metro were great in that they figured Ollie (the songwriter) and I had the right sort of sensibility, then just got us to do our bits in whatever way most appealed to us. They had more faith in me than I had, which I thought was silly of them until it all turned out well. So I'm very grateful.

From an artwork production point of view, the fact that it was simple vector Flash art made it relatively easy to adapt to the various places it ended up. The animation came first. Then Pat did a great job of designing posters based on animation still frames which I tidied up and added more gore too. For the game Sam and I used a lot of the same animation files as the video, no painful translation process required.

LBB> Which of the Dumb Ways to Die was your favourite?

JF> I still enjoy the cold viciousness with which the rattlesnake strikes its owner in the eye. It's cute when people naively anthropomorphise wild animals, but I more-or-less subscribe to Werner Herzog's "overwhelming and collective murder" characterisation of the natural world.

LBB> I was really interested to see the blog post on your site when you talk about what you’d like to see in a tablet that could really handle drawing and illustration properly. Do you think illustrators will ever see a tool with the responsiveness and immediateness of pen and paper? Are slow tech developments holding things back for illustrators and artists as a whole?

JF> My general thoughts on technology and illustration are:

- BUT luuurve the undo command and Google images so computers are the greatest,

- …except computers are good at video and interactive things and scrolling past stuff quickly on a webpage, so they make illustration seem like a cheap lifeless form,

- also the physical quality of a medium can be inspiration in itself and glass touchscreens have zero tactile charm. Hopefully computer interfaces will be much more physical in some way, sometime. Sanding wood and plaiting rope and writing on a banana skin feels cool, make a computer that feels like those things please.

Also I changed my mind since I wrote that blog post. I realised that not being able to work portably is a much smaller problem for me than finding self-discipline to do work at all.

LBB> Aside from Dumb Ways, which of your projects have been your favourite and why?

JF> Drawing or animating silly things for no real reason is my highest calling. So I quite like that sousaphone picture I guess.