Trends and Insight 309 Add to collection

Nigel Butler, the artist behind ‘Juggernaut Kid’, pulls back the curtain on cover songs and reveals the underrated musicianship of production music 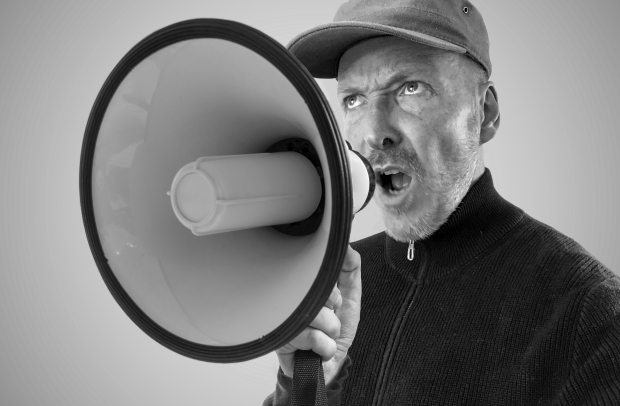 From Jeff Buckley’s popular take on Leonard Cohen’s ‘Hallelujah’ to Gabrielle Aplin’s acoustic interpretation of Frankie Goes to Hollywood’s ‘The Power of Love’, cover songs have the proven potential to go viral. Successful covers have the power to re-popularise long-forgotten songs, take over the airwaves and charts, and have us subconsciously humming their catchy tunes under our breath before we know it.
Yet, there’s a subtle art to creating successful covers, to re-imagining well-loved hits with freshness - miss the mark and you risk backlash. One artist with a multitude of viral covers under his belt, including a cover of ‘What a Wonderful World’ for Netflix series ‘The OA’ and a reworked WHO track for the Batman v. Superman trailer -  is Nigel Butler, aka Juggernaut Kid. Nigel is something of a double-act. Despite being only one man, the producer and composer has two names, has worked across both the commercial and production music worlds, and is an exceptionally multifaceted musician. Cutting his teeth as a session musician in the early ‘80s before following his curiosities into producing and songwriting, Nigel has worked with what seems to be every recognisable name and project under the sun; One Direction, X-Factor, Rocketman, Geostorm and the Night Manager, to name but a very condensed few.
Five years ago Nigel entered the production music world, enticed by the prospect of diverse and challenging briefs, and funnily enough, anonymity. Repped by Altitude Custom, Nigel joined the BMG owned outfit in 2014. Eschewing his given name for a pseudonym to obscure the man and highlight the music, newly christened Juggernaut Kid has crafted a mixed portfolio of viral tracks and covers. Releasing his album, ‘Return Of The Juggernaut Kid’, Juggernaut Kid himself shared with us his thoughts on all things covers, his perception of production music, and why chasing virality is a dangerous game…
Q> Where did the inspiration behind your stage name, ‘Juggernaut Kid’, come from?
Nigel> I’ve always loved the idea of a pseudonym, as I find it far easier to perform on stage with a disguise. ‘Juggernaut Kid’ was born when I started working with BMG’s custom composition arm, Altitude Custom I’ve always loved the word ‘juggernaut’ - it makes me think of something overwhelmingly powerful and mighty. Altitude liked it and  suggested adding ‘kid’, which was perfect.
When I started in production music I didn’t know anyone in the industry and of course, they didn’t know me either. The anonymity that can come with a pseudonym means there’s no baggage - you can totally reinvent yourself as the person you want to be. It’s a great thing because it lets the music be the main event, rather than the artist behind it. Fundamentally, it’s not about me at all.

Q> You worked on the commercial side for a long time - did you have any qualms about moving into the production music world?

Nigel> Before I worked in production music, I didn’t know much about it. Truthfully, I thought it was library music. As soon as I dipped my toes in the water I found I really enjoyed it, mostly because I didn’t have to do the same thing every day - which is what I had been doing on the commercial side. I realised that it was far more involved and had such musicianship to it. Now, it’s more about dipping my toe into the commercial world occasionally rather than the other way around.

Q> You recently released an album including a few of your cover tracks- what drew you to working with covers?

Nigel> I never specifically thought that covers were my future. I’ve done a lot in the commercial world over the years, so when it was offered in the production world, I felt confident that I could do it. I like working with covers because the composition side is taken care of and I can focus on the fun stuff, rather than worrying if the lyrics or melody will fit in various places.

Q> You’ve covered some huge tracks and worked on major productions - what are some of your standout projects?

Nigel> There’s been a couple of standouts that went on to gather momentum; the ‘What a Wonderful World’ cover I did for Netflix’s ‘The OA’ and a WHO track I reworked for the Batman v. Superman trailer. They both went pretty viral. The interesting thing about both of those projects had very quick turnaround times which meant I had to work straight from the gut - there was no time to overthink and get inside my own head about it. For the ‘What a Wonderful World’ cover, I only received a one-word reference: ‘dark’. That was fantastic because immediately I could take the cover track in a totally opposite direction, as far away from the original as possible and create an un-contrived, slightly malevolent track that fit the job’s specifications.

When I think of some of my favourite covers, like Johnny Cash’s ‘Hurt’ and Jeff Buckley’s ‘Hallelujah’, they’re all tracks that have become the definitive version of the song. They don’t sound contrived or as if they were made to be intentionally different; more that they were created totally from the heart, which means they can connect so authentically with the listener. People can tell when a song is too contrived, they can sniff out the in-authenticity immediately.

Q> Do you think there are any secrets to achieving virality with a cover track?

Nigel> Virality is just a perfect storm, there’s no use in trying to find the ‘tricks’ of it because there are none. Yes, there are things you can do to make things appear viral but it’s very rare that you’re able to pull the wool over people’s eyes. You have to be of-the-moment with compelling content that feels fresh and is exactly of the current zeitgeist. There are so many elements to virality that it can be a dangerous thing to try and emulate.

Q> Are there any challenges in creating cover versions of existing and often well-loved tracks?

Nigel> There’s definitely the fear and possibility that people will think, “what was the point of that?” There’s also the danger that in trying to take the track to a new and different place, that you throw the baby out with the bathwater and lose the very essence of the thing that made the original so great.

At its core, it’s about trying to find out what made the original track so loved; sometimes it’s obvious, like a big hook for example, but other times it can be a specific production element, that made it fantastic and perhaps the original track wasn’t so amazing. Before working with a cover, you have to ascertain very quickly what the essence of that track is. It might be a melodic component, in which cast the production elements can immediately be ignored, but if the things that made the original so loved are on the production side, that can be more difficult to identify and separate out.

As well as Juggernaut Kid’s custom exploits, Nigel will also be releasing an album on Must Save Jane as part of their 50th album milestone. Find out more about Must Save Jane, BMG PM and Altitude Custom. 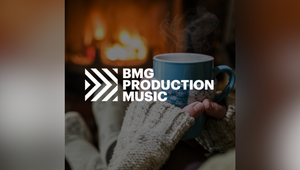