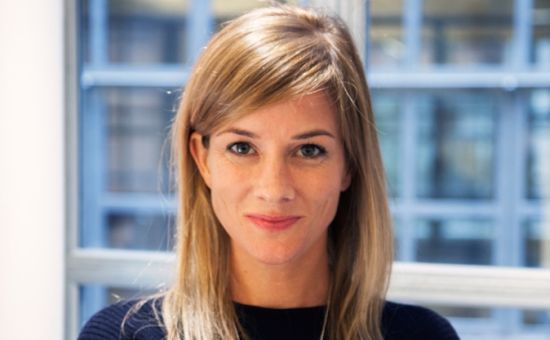 There’s no mistaking it, judging at Cannes is a very big deal. Being asked to spend long days in dark rooms, experiencing the most exciting work of the past year, agonising over important decisions with some of the very best in the business can be almost as great an honour as winning a Cannes Lion. One person who has all that ahead of her this week is Stinkdigital’s Jax Ostle Evans, who will be judging Film Craft – and will be plunging into the Cannes jury experience for the very first time. Jax is someone whose career has straddled film and digital production; it’s an interesting combination when you consider that beautifully crafted moving images can be seen and experienced in so many different ways these days on countless platforms from virtual reality headsets to mobile phones.

LBB’s Laura Swinton caught up with Jax to find out how she’s been preparing for her first time judging at Cannes and where she thinks the idea of ‘film craft’ sits in a digital age.

Jax> I’ve been at Stinkdigital as an executive producer for just under three years. I guess the most notable projects I’ve been involved in over the past six months are the Honda’s The Other Side, a first-of-its kind Google Cardboard VR experience for John Lewis’ integrated Christmas 2014 campaign and, most recently, the ‘Inside Abbey Road’ campaign which we worked on with Google and Abbey Road.

LBB> You’re quite an unusual member of the Film Craft jury as you have a very strong digital background...

Jax> It is indeed an interesting choice and I hope it reflects how the category is continuing to cater for craft beyond that of traditional mediums. That said, most of my career has been centred around film, just not always in its traditional form. I started my career working in the land of commercial production, at Arden Sutherland-Dodd with Paul and Nick. I spent six years there in total working my way from runner to commercials Producer. I then jumped ship in 2006 at a time when clients were increasingly asking for big digital experiences and the demand for more interactive film projects online was growing. Glue (now Isobar) asked me to join and start up their in-house interactive film department, Superglue. For the next six years I focused purely on making content and digital / interactive film projects for online alongside Film Director, Mark Jenkinson.

The opportunity to straddle the film and digital worlds is what really enthused me about joining Stinkdigital three years ago. Beautiful craft has always been at the heart of everything that Stink produces, and was naturally inherited by Stinkdigital. Making beautifully simple and crafted interactive films requires bringing together world class directors with top-notch developers and tech leads and from the outset, everyone being clear on the final objective.

LBB> It’s your first time judging at Cannes – what are your expectations of what that experience will be like?

Jax>I repeatedly hear the words ‘dark and cold room’ so I’ll pack a sweater or two. Long days. Limited rosé. Curfews. I understand it’s going to be an intense week, however getting the very rare opportunity to watch and debate international work will provide an invaluable insight into what’s happening globally within the industry. And I am obviously intrigued to see how our work is received on that scale as well. The rest of the jury is an incredible mix of people and talent, so my expectations are high for interesting debates and hopefully some fun along the way.

LBB> What are you hoping to see from the entries?

Jax> ’m hoping to be reminded that regardless of everything tech and data can bring to film and experience, craft is still king. I’d like to see diversity within the entries and across platforms and medias and seeing work celebrated and awarded regardless of the medium. As an example: beautifully crafted sound is beautifully crafted sound whether it’s for a traditional TVC, a projection mapping film, or a VR experience. Even though VR is approached differently, it is essentially still a film (albeit one which defies almost the laws of filmmaking.) But especially in VR, sound craft is a crucial part of making that virtual experience feel real and orientating the user. I’m not sure we need a new ‘interactive film’ or ‘VR’ category to acknowledge this, film craft is film craft.

LBB> You’re a lady a the cutting edge of production – and you’ll be bringing your experience producing a variety of immersive/interactive/digital/ projects to what, from the outside, looks like quite a traditional category. What are your thoughts about this?

Jax> Film craft makes up a big part of everything we produce at Stinkdigital: whether it’s a cleverly edited film to work alongside an online experience, or a beautifully crafted interactive film, or bringing users emotionally closer to a story through a stunning script for a 360 experience. I’m excited to begin to see interactive / digital film work celebrated alongside more traditional mediums in this category.

I’m thrilled to make up this jury and represent women in the industry. Globally, Stinkdigital has a lot of female EP’s (we far out-weight the guys) so female opinion is always very much heard. It’s great that more women are on the jury and as long as it’s for the right reasons then that’s cool with me. I really hope that we get to celebrate lots of work from female filmmakers too this year. I embrace my womanhood in this industry, I love that I think, feel and react differently (at times) to my male counterparts. It means we get a fully rounded and balanced view.

LBB> What does the category ‘film craft’ mean to you? Where does VR/projection mapping/other kinds of moving image craft aside from traditional ‘film’ advertising fit into it?

Jax>‘Film craft’ to me means the same as it will to everyone on the jury – work that stands out for its beautiful and considered craft. For me it makes no difference whether this is enjoyed passively through TV, an experiential ‘hands-on’ experience, or an interactive film experience where users put themselves in the driving seat. You must reward consumers with quality. In an era when there are so many options and our audience has the power to choose what, when and how they consume content, it is crucial that a good script and craft lives at the heart of the film experience. The strategy hasn’t changed. The key is still to make people fall in love through the idea and the craft of the execution. The rest will follow.

LBB> It’s a long week to be locked up in the jury room – what’s your survival strategy? Has anyone given you any advice?

Jax> I intend to throw myself straight in, that normally works. I understand from others that it’s intense and the days are long, but our industry is in such an interesting time of transition that I hope the dull moments are minimal. Daniel (Bergmann) tells me it’s fine to change my mind, to give myself a 1am curfew and stick to 2 drinks. And much to the amusement of Stinkdigital, I plan to go for a morning run while watching the remnants (my colleagues) struggle home from The Gutter Bar. I also hope there’s some good snacks.