Joyeux Noël: British Christmas from a French Point of View 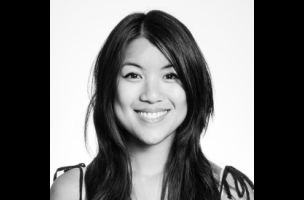 Growing up in France, Christmas commercials were not produced or indeed enjoyed on anything near the scale we do in the UK. There was no eager wait for the first reveal of the touching stories and uplifting tales that have become synonymous with the festive season elsewhere.

So, when I experienced my first Christmas in London, I was surprised by how excited and enthusiastic my British friends were. Such was the anticipation for the now iconic Snowman ad by John Lewis, I realised that festive ad campaigns are as much a part of the season’s highlights as mulled wine, mince pies and mistletoe.

Clearly I had a lot of catching up to do! But after a bit of a TV marathon, I was finally able to understand the hype and now, four years on, I’d like to think of myself as a bit of a Christmas commercial aficionado.

One of my all-time favourites is Sainsbury’s’ ‘Christmas is for sharing’ spot, made in partnership with the Royal British Legion in 2014. The level of research that had been put into the spot to produce a historically accurate portrayal – the soldiers’ uniforms, the trenches, the rationing and their living conditions – was outstanding. It was a meaningful commercial with real emotional resonance, and it stood out from the ads that just push spending. I would like to see more brands take this approach.

Unfortunately, ads that openly encourage consumption are the ones that tend to dominate French screens towards the end of the year. Garish kids’ toy commercials and confectionery ads seem to play out on a continuous loop, with just about every chocolate brand mentioned in the space of five minutes.

However, the influence of our British and American friends is starting to show. For instance, Canal+ just released a one-minute commercial with TV and movie scenes replacing ingredients in a buzzing restaurant kitchen. Roaring dinosaurs emerge from eggs being whisked in a bowl, high speed car chases burst out of vegetable boxes, cartoon characters are sliced and diced on the chopping board – all to create the perfect recipe for entertainment. Although the ad is not particularly Christmassy, it plays on the French talent for gastronomy in a creative and comical way with a really innovative concept. BETC Paris came up with this funny ad that touched upon a very French feature - the love of food - and merged it with exciting and realistic FX from Partizan Paris. A real treasure from the French patrimony!

Now, working at Grand Central Recording Studios, it is truly a pleasure to have a glimpse behind-the-scenes of the Christmas TV commercials that make this season all the more exciting for everyone. This year, my favourite is undoubtedly House of Fraser, not only because of my passion for dancing but also because it catches – and keeps – my attention from the beginning to the very end, putting sparkles in my eyes and a smile on my face. Ready or not, here Christmas comes!