Journey Through The Coffee Cosmos In Taylors Of Harrogate Spot 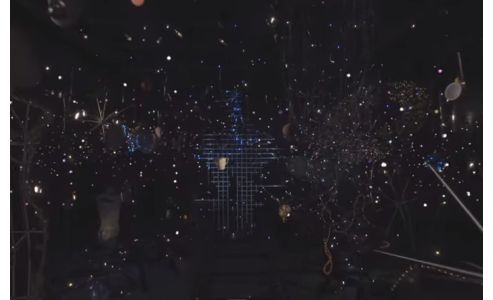 Taylors of Harrogate, producers of the UK's best selling roast and ground coffee is set to launch its first ever TV campaign with a visually and audibly arresting advert.

The new TV and online advert, created by advertising agency BMB, will air from May 10th. Directed by Frank Budgen, who has previously worked on award-winning campaigns for Nike, Sony and Guinness, the concept behind the advert is “Welcome to Coffee” and it takes viewers on a journey through a ‘coffee cosmos’.

The advert goes against the grain of modern, lifestyle-led coffee adverts and seeks to highlight the sensation of drinking a Taylors Coffee through a visualisation of the experience.

The advert begins in the deepest, darkest region of this coffee cosmos; accompanied by the gentle whistling at the start of the soundtrack. The camera pans out past a series of abstract yet recognizable objects, starting us on our journey through this world of the coffee drinking experience. Next, the advert illustrates the awakening senses and mind sharpening with bird-like whistle and quick shots of bright colours and an arousing reminder of the aromas of Taylors Coffee. Alert and engaged, we now hear a chipper tune and return to the cosmos where all of the elements are now featured. Three packs dance into the frame, the tagline “Welcome to Coffee” appears and the journey is complete.

To film the advert, Budgen took the unorthodox approach of spending three weeks housed in his work studio in Willesden experimenting with lights, shapes, sounds and textures to craft a coffee advert that is unlike any other. The unique production process was testament to the ambition of both Taylors and the idea itself.

The soundtrack to the advert is compelling and out of the ordinary and features absolutely no dialogue. The song is a version of an 1855 American composition called ‘Listen To The Mockingbird’ which was hugely popular during the American Civil War. The original song was much favoured by Abraham Lincoln, who once described it as being “as sincere as the laughter of a little girl at play”.

Speaking about the adverts, Jess Bacon, marketing manager, Taylors of Harrogate Coffee said, ‘The vast majority of ads go unnoticed or forgotten; particularly in the world of coffee, where romantic liaisons & brimming mugs are the ‘beige’ creative norm. We want to disrupt that and deliver the unexpected, to be confident and distinctive. Ultimately, we wanted to create an ad just like our product; a complex, magical, and mind-blowing coffee experience. Frank and the creative team at BMB have definitely delivered that.’

Trevor Beattie, founder of BMB comments, "This project has been a joy to work on: A brand-leader client in harmony with the world's best commercials director, with the stated aim of stopping people in their tracks. We're very, very proud of this campaign and can't wait to see the impact it will have. I think we've developed the perfect working relationship with an incredibly creative client. It reminds me why I still love our industry." 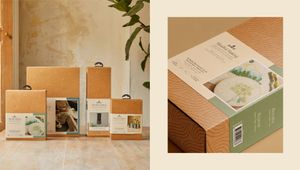 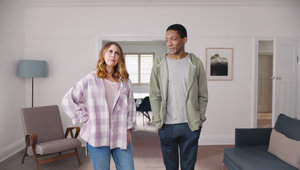 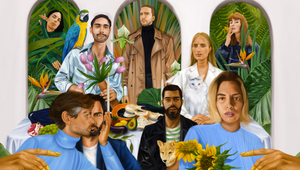