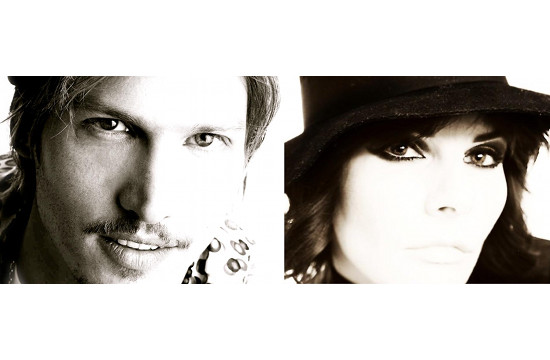 Black Dog Films is excited to announce the addition of directing duo Jouri Smit and Gitte Meldgaard to their talented roster.  Sharing a background in the worlds of fashion film and photography, the pair joins the legacy production company with a specialized directing style positioned toward creating films that mix high-fashion with narrative and substance.

Jouri Smit is a European-born filmmaker who specializes in creating visually striking, socially conscious films and moving performances.  Recently, Smit premiered Candyland, a 19-minute silent short film he wrote and directed in collaboration with Dolce & Gabbana.  The post-modern narrative is the first of its kind to expand upon the concept of the fashion art film as a venue to explore larger issues; in this case, revealing, to devastating effect, the emerging epidemic of prescription drug abuse.

As a fashion house synonymous with glamour, Candyland was a perfect opportunity to entertain viewers while humanizing the D&G brand, not only addressing the greater epidemic happening worldwide, but specifically, illuminating a lifestyle rampant in the fashion and film industries.  Of the landmark collaboration, Jouri Smit explains, “I personally think fashion films are the ideal vehicles for socially conscious issues, as it is short in form and has all the components to reach the targeted audience that PSAs could never reach.”

Jouri’s vocation for the film arts is apparent, from his first film The Brothers Kowalski, which was accepted into the Cannes Film Festival, to his years spent studying acting, resulting in his well-reviewed Off-Broadway performance in Loose Ends.  This passion led Jouri Smit to found the Los Angeles artist’s community, Realize Artists Dreams (R.A.D. Production) to help develop and produce film projects for fellow creators.  His upcoming projects as a writer/director include his first feature, a surrealist drama titled A Madman I Am Not, about a troubled but wickedly talented New York artist who fights his personal demons with the aid of Salvador Dali.

Jouri’s filmic prowess is doubled with the talents of Denmark-born photographer/filmmaker, Gitte Meldgaard, who is known for her bold fashion, beauty and celebrity work in both the editorial and commercial spheres.  “I see myself as a communicator and an artist,” she remarks, “whose privilege it is to capture people’s imagination and possibly inspire others.”  Gitte has brought her signature high-gloss sleekness to celebrity portraits for the likes of Lady Gaga, Dita von Teese, Jessica Alba, and Usher, to name a few; and has helmed global campaigns for top fashion and beauty brands, such as Tom Ford, Guess and Marciano, Hudson Jeans, Rich and Skinny jeans, and Toni and Guy.

Beginning her career as a fashion director for Attitude, the pioneer gay magazine, Gitte then helped launch the influential fashion, art and lifestyle publication, Tank Magazine, before moving to Los Angeles.  There, she worked as a costume designer for feature films and quickly became an in-demand stylist for major music stars.  After a brief tenure as fashion editor for the leading industry publication, Sportswear International, Gitte’s photography career gained full-speed.  Gitte now shoots for many of the leading fashion and lifestyle publications, including Issue One, Oyster, Flaunt, BlackBook and The New York Times.  Currently, Gitte is finishing a full-length documentary about the most influential milliner in the world of fashion, Stephen Jones.

The duo is thrilled to cement their directing partnership with Black Dog.  Jouri Smit says, “I feel at this moment that most of the new and established directors that make artistic and innovative films are all with Black Dog, and so I feel in great company – honored, even!  I also love the fact that they are a tight family that stands by their directors, I feel a strong sense of loyalty and integrity from the way they allow the directors to do what they do best, from experimental visuals to creative storytelling.”

Candyland is emblematic of the style to expect from the directing tour de force.  With Black Dog, Jouri Smit and Gitte Meldgaard are poised to create fashion films that are not only visually striking, but are driven by emotional narratives that convey a brand’s willingness to communicate intelligently about socially relevant issues.