Chelsea manager delivers an inspirational speech with a comedy ending 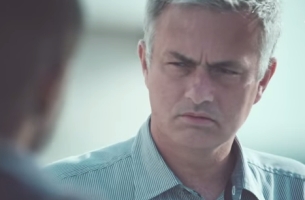 In the commercial, set to screen on 27 January, the Chelsea manager delivers an inspirational call to arms to football fans everywhere, before a humourous twist shows even ‘the Special One’ does not always take himself too seriously.

Top Eleven’s film for this new campaign was developed by creative partner B-Reel London. It features the ‘Special One’ delivering a stirring speech about the spirit of the beautiful game and action-packed vignettes capturing the trials and tribulations of the world’s most popular sport.

Top Eleven is a free to play online football manager game, whereby users are able to buy, sell and improve players, build their own stadiums and follow the advice of ‘face of the game’ José Mourinho to try to become the best manager amongst their friends or the world. Top Eleven currently has over 10 million active monthly players taking part in 42 languages via their browsers, tablets and mobile phones (both on iOS and Android). The app version of Top Eleven was the ninth highest grossing app in the UK in 2014 according to Apple’s Best of 2014 list.

The spot premieres on 27 January in the UK on Sky Sports, with wider roll-out expected across TV and digital channels in both UK and Germany. The video will also be hosted on Nordeus’s YouTube channel as well as the Top Eleven Facebook page.

Misa Damjanic, game designer at Nordeus said: “It’s fantastic to get the world’s best manager and a loved character in the football scene to be the face of our game. Since our launch five years ago the game has become increasingly popular and we hope the latest edition will supersede the success of the last. We wanted to convey the personality of the Jose in the campaign which B-Reel has done perfectly.”

Trine Pillay, MD & Executive Producer at B-Reel London said “Many football fans will have wondered what it would be like to have a half-time team talk from José Mourinho and we were given the brief from Top Eleven to capture the passion and excitement of football in a highly cinematic ad. The spot is more reminiscent of an advert from a top sports brand than a mobile game, so breaks new ground for the category and we think the twist at the end of the ad will bring a smile to faces of football fans everywhere.”

VaynerMedia APAC’s VJ Anand on Gary Vaynerchuk, Awards and Fashion
Back to Soho: Tag’s New Offices Usher in the Excitement of Returning to Work
Thinking Of Buying An Oculus Quest 2? Here’s All You Need To Know
High Five: Bulgaria