Jose Mourinho Is No Longer the Special One, in Funny Ad for Paddy Power Games 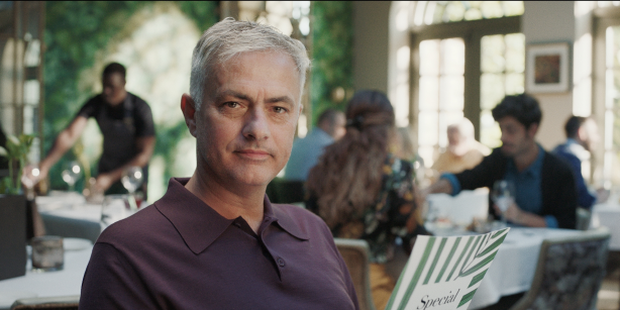 The Portuguese – who famously dubbed himself the ‘Special One’ upon his appointment as Chelsea manager in 2004 – has his tongue firmly in cheek throughout the video, as he delivers a typically Paddy Power script.

The insight behind the campaign is that, with the Daily Jackpot being claimed daily (the prize averaging £40,000), there are more winners than ever before on Paddy Power Games – meaning you don’t have to be special to win. Which is where Jose comes in. Obviously.

The campaign was developed by VCCP in close collaboration with its sister agency CSM, with the objective to deliver cut-through in an otherwise overcrowded market.

In the film, which was released online today, Mourinho offers an insight into what he perceives to be the constant special treatment he gets in day-to-day life – including winning on Daily Jackpot.

Along the way, there are various nods to Mourinho’s career – including a cleaner offering him a laundry basket, a framed image of Manchester United finishing second amongst his trophy cabinet, and a bush shaped like three fingers in his garden.

The campaign was teased this week by an OOH teaser on the Piccadilly Lights, which simply read: “Reserved for someone special.”

Michelle Spillane, Paddy Power’s marketing director, said: “Jose Mourinho knows a thing or two about being special, so who better to front our Daily Jackpot campaign?

“A household name and one of the most successful managers in football history, it was glorious to work with Jose, and deliver a campaign that has real stand-out for the category.”

Mark Orbine, ECD at VCCP Blue added: “We wanted to bring the world of Paddy Power Games to our football betting audience. So when we were looking to bring our campaign ‘don’t think you’re special’ to life again, self-proclaimed ‘Special One’ Jose Mourinho was the only option. After all, who knows what it is to be special better than the man himself?”

The campaign launches across online on 26th September and on TV, Print, OOH and Social from 27th September.