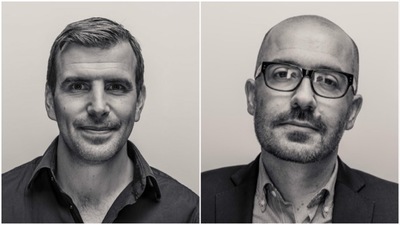 Y&R NZ has today announced a change in leadership with managing director Steve Kane (right) set to leave the agency at the end of 2016 and current head of planning, Jono Key (left), being promoted to managing director Y&R NZ effective in the new year.

Kane joined Y&R NZ in early 2014 from TBWA NZ where he was creative director. Prior to TBWA, Kane was at DDB NZ, where he held the role of group experiential creative director until TBWA recruited him in 2013.

Says Kane: "The past two and a half years have been a phenomenal ride. I'm hugely indebted to Josh (Moore) for giving me the opportunity to work alongside him and the brilliant talent pool he's assembled at Y&R NZ.

"I'm incredibly proud of everyone and everything we've achieved over the past couple of years. Highlights would have to include being named Campaign Brief Agency of the Year 2015, the slew of international recognition for a range of brilliant campaigns and the international client base this work has attracted.

"It's been an honour to work alongside some of the finest talent our industry has to offer and I've been overwhelmed by their trust, support and seemingly inexhaustible indulgence of my Dad jokes.

"My decision to leave Y&R hasn't been an easy one and I'm dreading my farewell speech as it'll be a weep fest but I've always wanted skin in the game and that's the opportunity True has offered."

Jono Key, current head of planning at Y&R NZ, will be promoted into the role of managing director, effective 1 Jan 2017, while continuing his planning leadership role until a replacement is found.

Key has been with Y&R NZ since 2013 and has been instrumental in the agency's growth and creative recognition over this time. Prior to Y&R NZ, Key was communications director at Naked Auckland.

Says Key. "2016 has been a watershed year for the agency, the first half defined by global recognition for campaigns such as Burger King 'McWhopper', Jaguar 'Actual Reality' and the Lewis Road / Breast Cancer Cure 'Breast Milk' campaigns.

"The second half saw a focus on new business, and saw the agency pick up the local creative accounts for Jockey and Arnott's Campbell as well as being appointed to a regional creative roster for Kraft Heinz APAC.

"These three new global brands were won without a pitch which has enabled us get down to the business of working with our new partners on what will be some even more memorable work from the agency next year.

Key acknowledged that the agency's success is down to the dedicated team across both offices and the long standing and successful partnerships the agency has enjoyed with some of New Zealand's best known brands.

Adds Key: "The agency has changed significantly since I joined and while I'm sorry to see my great mate Steve leave, it's a special opportunity to lead the agency as we aim for an even bigger 2017 and bring to market our unique mix of media and creative thinking."

CEO Y&R NZ and chief creative officer Y&R ANZ, Josh Moore, says Key was the natural successor to Kane: "We greatly appreciate the leadership, passion and often inappropriate contributions that Steve brought to the agency during his time here. On behalf of the entire management team we thank him for his part in the success we've enjoyed over the past 12 months. 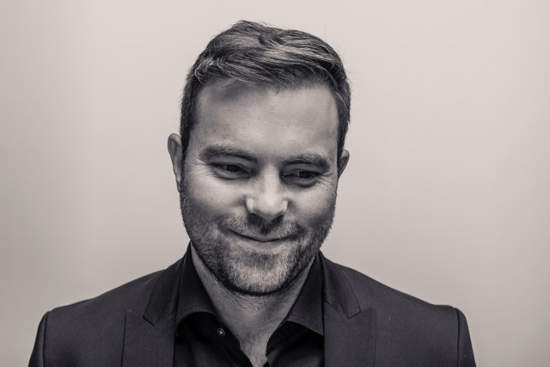 "Jono was one of the first hires I made nearly four years ago as we undertook to rebuild the agency brand. I'm looking forward to what Jono will bring to the role and I'm very excited about the next chapter in Y&R NZ's story under his leadership as we continue to focus on the success of our clients both here and abroad."