Director earned his fame for his string of award-winning films for brands like Bavaria Beer, KPN, L’Equipe, Subway and Volkswagen 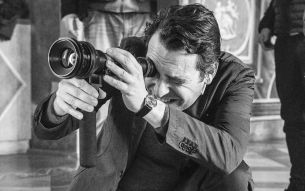 With the addition of Jonathan Herman to their roster, Czar Amsterdam strengthens its pool of humor-orientated directors. A genre that’s quickly on the rise again.

The internationally acclaimed director is famous for a string of award-winning films for brands like Bavaria Beer, KPN, L’Equipe, Subway and Volkswagen, and has been the go-to guy for celebrity scripts all over Europe after working with the likes of Hugh Hefner, Micky Rourke, Charlie Sheen, Sarah Jessica Parker, Bruce Willis and Mike Tyson. Jonathan is happy to call Czar Amsterdam his new home where he can further expand his great body of work: “I’m very excited to be a part of the Czar family. The level of skill and expertise in the organization here is unparalleled and I very much look forward to sinking my teeth into a juicy script as soon as possible. Bring it on!”

London born but Amsterdam raised, Jonathan studied guitar and aimed for a professional career as a musician until he saw the light, dropped out of college and decided to become a director. Before focusing on commercials fulltime, he helmed a number of critically acclaimed TV shows for Dutch television. His work can best be described as meticulously crafted, intelligent, humorous and styled to perfection.

To name a few, Jonathan’s list of awards include multiple Gold Lamps from the ADCN in the Netherlands, a Gold and a Bronze Lion in Cannes and a Grand Prix de Strategies in France.